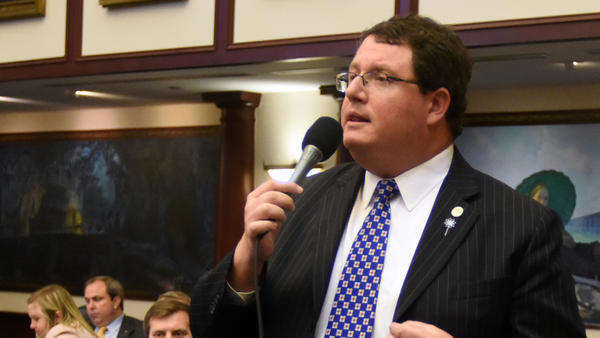 Following the permanent suspension of President Donald Trump’s Twitter account, some lawmakers have criticized the move as an attack on freedom of speech on the internet.

Among them is Republican Representative Randy Fine, District 53, who on Tuesday formally submitted a letter urging the Florida government to boycott Big Tech companies, particularly Twitter, Facebook, Amazon, Apple, and Google. In the letter Fine calls for the complete and “immediate divestment of any Florida-held equity and debt.”

“While I don’t dispute that, as private companies, it is within their right to choose who to do business with, it is also our right as a state to determine which companies in which we wish to invest,” Fine said in his letter.

Fine said that Facebook and Twitter are discriminating against conservative voices and that Amazon, Apple, and Google are “actively working to eliminate” any other social media platforms popular among the rightwing.

With millions of registered Republicans in the state of Florida, Fine said these actions specifically target a large part of conservative residents who do not identify with the terrorists who attacked the U.S. Capitol on Jan. 6.

“Florida taxpayers should not be forced to do business with companies that censor them,” the letter said.

“We should consider getting this on our next Cabinet agenda,” Patronis said on Twitter.

We should consider getting this on the next Cabinet agenda. Big-tech coordinated to shut down conservative accounts but still allows Nicolás Maduro to spread lies. https://t.co/xKOBWgKkCo

In a tweet, Democratic Representative Carlos Guillermo Smith, District 49, called Fine’s letter an attempt to victimize the President and other Republicans who he said are partly responsible for the attack on the Capitol.

On Wednesday, the White House tweeted an address to the nation from President Trump in which he directly condemned the acts of the violent mob.

“I unequivocally condemn the violence we saw last week,” Trump said in the address. “No true supporter of mine could ever endorse political violence.”

“He doesn’t deserve the benefit of the doubt,” Smith said. “He deserves to be impeached, removed and prosecuted.”

In the past, Fine was successful in pressuring AirBnB to comply with his demands through boycotting action and said he believes this gesture may also prove effective for these tech companies now. In his letter, Fine, who owns over $47,800 in Apple shares, made clear that he would be making the same request had the censorship happened to liberal figures, emphasizing that his focus is to fight the silencing of individuals, not just his own side.

Fine’s letter offered no alternatives or solutions for investments of Florida money once and if his demands are met. Smith said the move could ultimately cost Florida retirees millions.