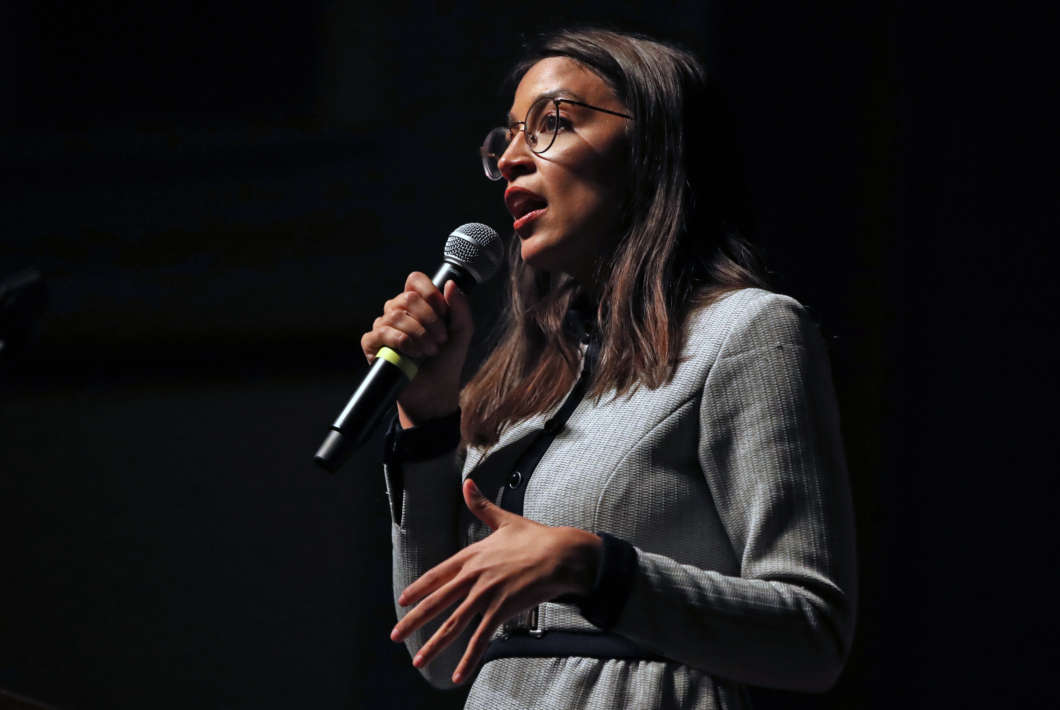 Rep. Alexandria Ocasio-Cortez, who gained an instant national profile when she toppled a top Democratic leader in 2018, has launched her own political action committee to boost challengers in 2020 congressional races.

The move shows the 30-year-old New York freshman’s intentions to continue battling with her party’s establishment.

Ocasio-Cortez unveiled the website for her group — dubbed “Courage to Change” — along with a slate of seven endorsements for female candidates who in some cases are competing against other Democrats backed by party campaign committees.

Although her latest project showcases her willingness to clash with her own leadership, Ocasio-Cortez’ name recognition and regular turns on national media outlets could help attract more money from people new to politics at a time when the 2020 presidential contest is the major focus for many regular party donors.

Her new group’s mission statement says it “seeks to reward challengers and incumbents who display political courage — people who refuse to bow to establishment pressure, who advocate ferociously for working-class families, and who have lived the same struggles as the people they seek to represent.”

Ocasio-Cortez discussed her plans first in an interview with the New York Times.

Ocasio-Cortez touted House and Senate candidates who haven’t served in Congress before; five are women of color.

Cristina Tzintzún Ramirez, who is running for Senate in Texas, is competing against MJ Hegar, a combat veteran who is backed by the Senate Democrats’ campaign arm.

The others — Jessica Cisneros of Texas, Georgette Gomez of California, Samelys Lopez of New York, Kara Eastman of Nebraska, Marie Newman of Illinois and Teresa Leger Fernandez of New Mexico — are running in House races.

Two are running against current House Democratic incumbents — Cisneros is attempting to beat Texas Rep. Henry Cuellar, a moderate eight-term member who stresses his appeal to independents and Republicans. Newman is running for the second time against Illinois Rep. Dan Lipinski, also serving his eighth term, who some liberals have criticized for his anti-abortion rights voting record.

The Democratic Congressional Campaign Committee declined to comment on the new PAC. House Democrats are encouraged to pay dues to help support their colleagues to the House Democrats’ campaign arm, but Ocasio-Cortez has not paid hers this election cycle.

The DCCC has boasted about its record-breaking fundraising this cycle — bringing in $125 million in 2019, a more than $20 million increase than it raised in 2017.

It’s unclear how much money the new progressive PAC will dole out — Rolling Stone reports so far it has raised $340,000 in the last month.

It’s not uncommon for House lawmakers to set up their own political action committees to focus on helping particular candidates. For example, Rep. Seth Moulton, D-Mass., touts “Serve America” PAC that focuses on incumbents and challengers with military or intelligence community backgrounds. Many of those backed by that committee won in 2018.

The group has been the focus of several intra-party squabbles about policy priorities and political ideology since they started serving in the House in January 2019.

After beating Democratic Rep. Joe Crowley, who chaired the Democratic caucus and had plans to run for speaker, Ocasio-Cortez has argued the caucus needed to elect more outsiders who aren’t beholden to party leaders or donors.

Last fall Ocasio-Cortez told NPR’s Steve Inskeep why she was backing some challengers to some of her own colleagues in the House.

Democrats took control of the House after the 2018 midterms by knocking off Republicans in suburban and exurban districts — and the focus on keeping the majority in 2020 has been largely concentrated on helping those 31 Democrats who won in districts that Trump won in 2016.