Rep. Jamie Raskin On The Life And Legacy Of His Son, Tommy Raskin 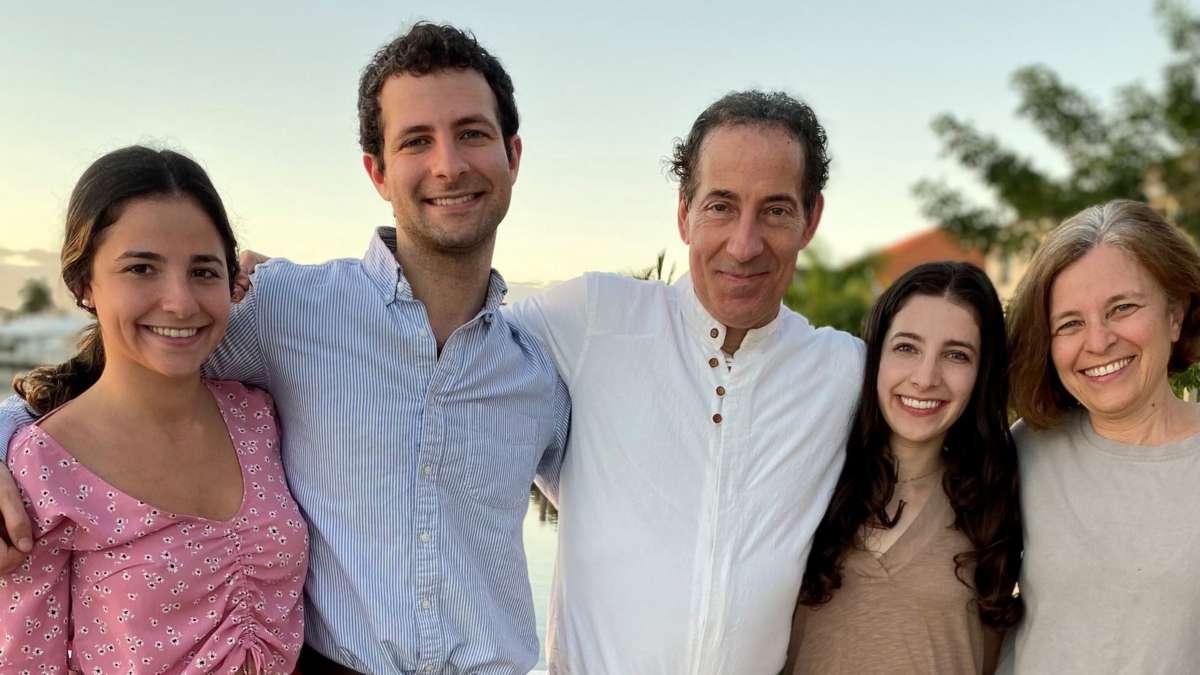 Jamie Raskin and Tommy Raskin in an undated photo. "It wasn't his mind that marked him as so extraordinary," Jamie Raskin says. "It was his heart."

By the age of 25, Thomas Bloom Raskin had already accomplished a great deal: He was a graduate of Amherst College, who went on to intern at the Cato Institute and J Street among other prominent organizations; a passionate vegan who wrote philosophical defenses of animal rights and converted those around him to giving up meat; a political writer who had essays published in The Nation and elsewhere; and a law student and teaching assistant at Harvard Law School, who donated from his teaching salary to charities in his students’ names.

Tommy, as his father Jamie Raskin calls him, was also tormented by depression. Tommy Raskin took his own life on Dec. 31.

“Tommy was remarkable from the beginning,” Jamie Raskin tells NPR’s Scott Simon. “He had a photographic memory and, like some other kids in our family, knew all the presidents and vice presidents in order. But it wasn’t his mind that marked him as so extraordinary. It was his heart. The stories of his love and compassion are absolutely astounding.”

Tributes to Tommy have poured in over the past few days.

A neighbor wrote to the Raskin family about a time that Tommy organized a group dinner in high school so a classmate of his who didn’t have a date to the prom wasn’t left out. The classmate never forgot it.

“We’ve been hearing stories like this ever since it happened,” Rep. Raskin tells Weekend Edition. “I mean, Tommy, he felt all of the pain and the suffering in the world, which is how, of course, he found his way quickly to vegetarianism. Nobody in our family was a vegetarian and now everybody is.”

Tommy wrote at length about philosophy and animal rights; he thought about how human lives should be measured against those of animals and animal suffering. He wrote poetry. Speaking at D.C. VegFest in 2017, he recited his lengthy poem “Where War Begins.” An excerpt:

how smart you are friends shouldn’t matter at all;

trauma is still trauma for the creatures that crawl.”

Animal Outlook, where Tommy interned, called him a “dynamic force for good in this world, driven to expose, challenge and uproot all forms of injustice, including the suffering forced upon animals.” He worked as a summer associate at Mercy for Animals, which wrote that his “kindness, passion, & empathy inspires our continued advocacy & remains in our hearts.”

His love for animals was perhaps most challenging at home though: Tommy was allergic to dogs and cats.

“We are a very big dog family,” Jamie Raskin says. So Tommy “had a special relationship with them. He would take Benadryl or whatever to be around them. And he would pet them sort of by gently touching the very top of their heads. And he would say, ‘Potter, Toby, you’re such a fine sentient being.’ ”

By multiple accounts, that kindness toward sentient beings included people.

“He held a rare level of empathy and compassion,” writes Phyllis Bennis of the Institute for Policy Studies, where Tommy interned. Out of all of the group of interns, “somehow he was the one who took responsibility for making sure everyone was doing OK, that no one felt left out, that everyone was connected.”

Jamie Raskin says, “You couldn’t be in his presence and say a negative thing about people. He didn’t mind gossip if it was good gossip. [But] if it was nasty, Tommy would say, ‘Excuse me, but it’s hard to be a human.’ And then that would be the end of that.”

In his 20s, Tommy faced serious depression, his parents write in a remembrance. It was “a kind of relentless torture in the brain for him” that became “overwhelming and unyielding and unbearable.”

Depression affects hundreds of millions of people around the world and is one of the most common mental disorders in the U.S. It increases the risk of suicide. Most of the people who die by suicide have had a mood disorder such as depression.

The pandemic has exacerbated the problem. A study published in September found the percentage of people experiencing symptoms of depression was three times the number compared with before the pandemic.

The Raskin family has now created the Tommy Raskin Memorial Fund for People and Animals. And hundreds of people are sharing good deeds they’ve done in his name, as The Washington Post reported.

Jamie Raskin received a standing ovation when he spoke during debate Wednesday over the Republican effort to overturn Joe Biden’s electoral win. He says he was heartened by words of support from fellow lawmakers of both parties, on the same day he had to evacuate the chamber because of a violent mob takeover.

“That has been a solace and a comfort to me that at this time of the ugliest possible division where we’ve got a violent, seditious mob invading the Capitol, that there is still enough decency and humanity that we can share each other’s pain in this situation,” Raskin tells Weekend Edition.

Going forward, Raskin says his family “will keep Tommy very close to our heart. And we will fight for every single thing he asked us to.” He says Tommy knew that “the things that we say are our values and principles … only have meaning if we act as if they’re true, if we make them real. And so we can’t let them be empty rhetoric.”