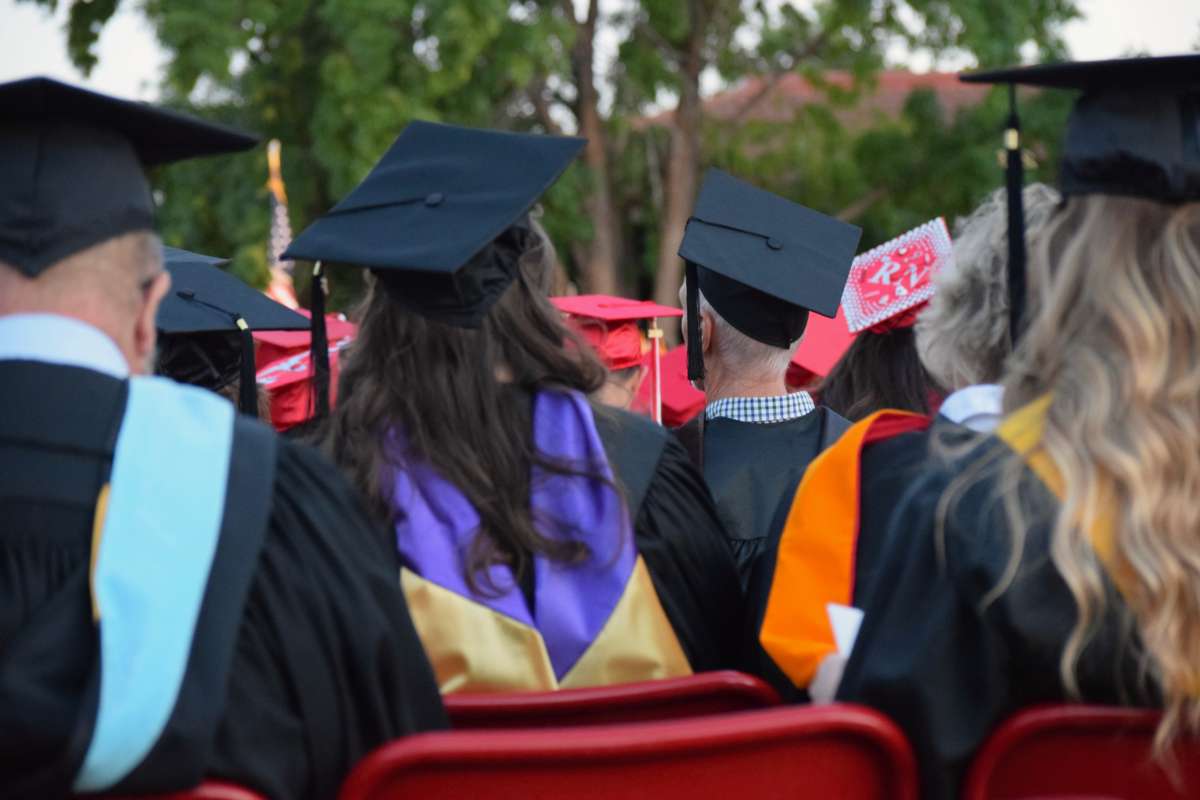 29,648 people have tested positive for coronavirus in the state of Florida according to figures released Thursday night by the Florida Department of Health. 4,640 people have been hospitalized and 987 people have died.

Orange County has 1,274 cases with 29 deaths and more than 240 hospitalizations. The county began testing at mobile sites throughout Orlando this week, in addition to the state run drive through testing available at the Orange County Convention Center.

Sumter County, home of the Villages retirement community, has 166 cases, 12 deaths and 39 hospitalizations.

Hover over the map for details about cases in other Florida counties.

The Lakeland-based grocery chain says it will donate the fresh produce and milk to Feeding America-member food banks.

The effort is aimed at farmers and dairies that have been forced to discard fresh produce and milk because of reduced demand from schools, restaurants and other closed businesses.

Publix says the effort will last for several weeks.

The grocery chain announced in late March it would hire — quote — “thousands of associates” to meet unprecedented demand during the pandemic.

Governor Ron DeSantis assembled a task force of economic leaders to help guide the state as it reopens the economy.

“Instead of putting them on unemployment, let’s fund critical projects, move them up, accelerate them at a time and slow, and we’ll do it cheaper and faster moving forward.”

Members of the transportation working group are urging the Governor to focus on safety — arguing tourists won’t come to Florida if they think it’s unsafe to travel.

The task force will provide its recommendations to DeSantis Friday.

The Seminole County Health Department will provide the American Muslim Community Clinics in Longwood with one hundred coronavirus tests a day starting next week.

Ahmed says anyone with symptoms or who has been in contact with a COVID-19 patient can be tested.

Walk-ins for general medical points are no longer being accepted at the clinic and dental visits have been suspended through May 8.

U.S. Rep. Val Demings is asking the Justice Department’s inspector general to take a look at how the Coleman prison complex is handling the COVID-19 pandemic.

In a letter to Michael Horowitz, the Orlando Democrat asks the IG to add Coleman to the list of facilities being inspected remotely by his office.

With about 7,000 inmates and 1,300 staff members, she says, the huge prison complex in Sumter County is “uniquely vulnerable to an outbreak.”

So far, the Bureau of Prisons is reporting that one inmate and three staff members have tested positive for COVID-19.

TALLAHASSEE, Fla. (AP) — Reopening Florida’s theme parks is expected to be a long process fraught with logistical and public health considerations amid the coronavirus outbreak.

That’s according to a key industry executive who is telling a state task force charged with reopening the state for business that parks will likely reopen with small, limited crowds.

Around 85 million people visited theme parks in Orlando and Tampa in 2018, and the industry is an important economic engine for Florida’s economy.

Gov. Ron DeSantis is asking the task force to come up with recommendations on getting the state ready to reopen for business amid closures prompted by the outbreak.

Blueberry picking gets out of the field and goes online

But with new coronavirus fears keeping people under lockdown and social distancing, the 40-acre farm in Clermont, Florida has had to make adjustments too this spring.

Customers are ordering their blueberries online and then picking them up by car instead of going in the fields themselves as they’ve done in seasons past.

Thousands of acres of fruits and vegetables grown in Florida are being plowed over or left to rot because farmers can’t sell to restaurants, theme parks or schools nationwide that have closed because of the coronavirus.

State leaders push for ‘parameters’ they can give businesses, school districts before re-opening

State leaders on Governor Ron DeSantis’ ‘Re-Open Florida’ task force have set a goal for the group:  Providing ‘parameters’ to businesses and school districts that would be pre-requisites for re-opening.

“Here’s what we have to understand: We don’t have a collective society. We don’t have a central-planned society,” Oliva told the task force’s executive committee. “And so what we have to do, both in education and in business, is set forth a set of parameters. When those parameters are in place, people will be able to adjust to them. And if their business model works, it will work – and if it doesn’t work it will not work. But the parameters are the most important.”

Those guidelines will have to be developed with input from medical professionals, a handful of which are on one of the Re-Open Florida task force’s work groups.

Oliva described what determinations need to be made:

“If we say to people, ‘here are your requirements,’ the same way we do building codes – you can figure out, people have to be this far apart. And if they come closer, they have to have this protective gear. If you have those things, God bless you, you’re ready to go to business.”

Attorney General Ashley Moody is calling for the same type of statewide guidelines, born out of conversations between business executives and doctors.

“Using those business industry experts and the medical professional as a resource in those subgroups, if we can get specific recommendations to our executive committee – that will help us formulate a very clear path and recommend that to the Governor,” Moody said.

Governor Ron DeSantis, asked about the state drawing up a set of guidelines, suggested the process could involve professional licensing boards:

“I’ve told my folks – we need to get the doctors to talk with some of the licensing boards, like cosmetology, barber, and all this stuff – to figure out ‘okay, what’s the contact like, how can you reduce the contacts?’ And I think there’s a path forward for a lot of this stuff.”

Midway through the task force’s meetings, scheduled to go through this Friday, DeSantis says he’s been “impressed” with the ideas coming from the group so far.

Airlines and cruise ships say they’ll be ready when Florida reopens, but with smaller operations

As Florida begins planning to reopen, airlines and cruise ships say they’ll be ready, but with far fewer flights and voyages.

Juan Carlos Liscano is a vice president at American Airlines. During a virtual town hall yesterday, he said the airline would resume a schedule of more than 60 destinations from Miami by May.

“Even with a drastic reduction in flight schedules from three hundred and fifty to what should be one hundred and fifty flights come the May schedule, you will still have access to all of these many destinations that are critically important to helping uh resume the tourism industry, bring back trade and commerce. Things that we all in this community depend on,” Liscano said.

Rick Sasso is chairman of Fort Lauderdale-based MSC Cruises’ American operations. He says some ships have just returned to port in the last few days after being stranded at sea.

“We met with the Vice President Pence on March 8 and even on March 8, we designed a plan that allowed us to really focus as an industry on what we would do for mitigation,” Sasso said.

He says that plan includes taking temperatures and questioning all passengers and crew before they board. For now, he says all ships will be sheltering at ports for the next three to 10 weeks as the industry works out a plan to roll out operations.

Re-Open Florida task force considers allowing some students to stay home, others to be in classroom during summer and fall

Florida Education Commissioner Richard Corcoran says he’d like to see schools be open for summer camps. He says there will most likely be a hybrid solution for families with members vulnerable to COVID-19.

“They’ll probably stay in a learning management virtual platform with the teacher still having that direct instruction, but that would still—but we would still want to open up the campuses for everyone and open up those camps. So you’re going to have a hybrid.”

Corcoran says those accommodations could carry over to the Fall when students go back to school. No final decisions have been made.

Education officials are trying to figure out issues, such as how to social distance in places like classrooms and cafeterias.

FORT LAUDERDALE, Fla. (AP) — Beaches in Flagler County on Florida’s east coast have reopened for limited recreation and those in Sarasota on the west coast will follow suit next week as municipalities throughout the Sunshine State start allowing residents to swim, fish, walk and jog on the sand.

Most communities are keeping beach opening times to a few hours in mornings and evenings and are barring any lounging on chairs and towels with coolers.

Officials want to prevent social gatherings with shared food and drink that could spread the coronavirus, while promoting healthful recreation.

No prom? For teens, it’s a trifecta of missed milestones

ST. PETERSBURG, Fla. (AP) — For decades, the prom has represented a cornerstone of American teenage life. Shopping for the dress, finding a date, posing for photos, dancing awkwardly in a low-lit gym.

It’s all enshrined in movies, books, television and the memories of generations of Americans. Combine prom with graduation and an 18th birthday.

It’s a trifecta of milestones. But now, for millions of Class of 2020 teenagers living through the coronavirus outbreak, these coming-of-age moments look and feel vastly different.

They’re doing the best they can to reschedule, to wing it, and to celebrate virtually with technology. But the truth is this generation will never regain these moments.