Renters Are Getting Evicted Despite ‘CDC Eviction Ban’ — ‘I’m Scared’ 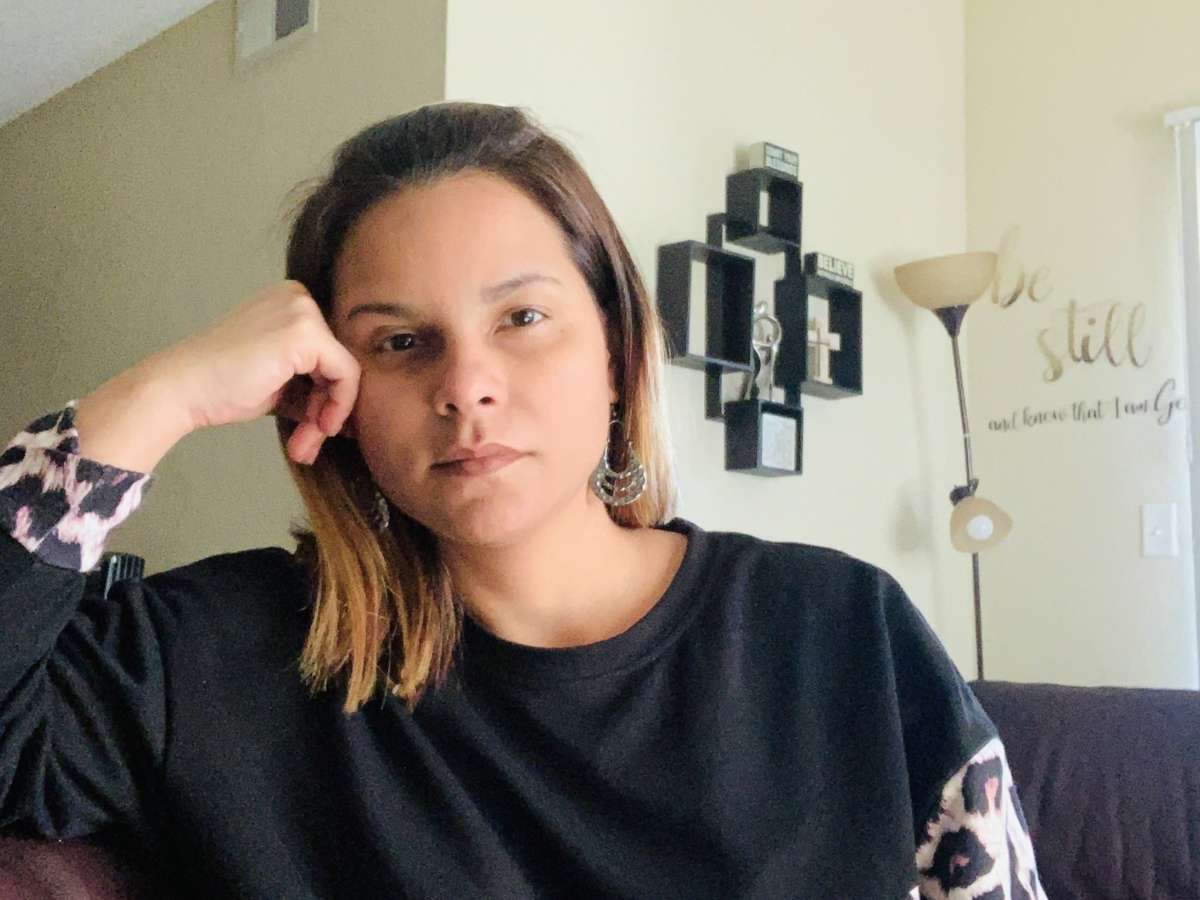 Sheila Ambert says she did everything she was supposed to do to be protected from eviction by an order from the CDC. But her landlord is pushing ahead trying to evict her anyway. Housing advocates say the protections need to be strengthened.

Sheila Ambert lies awake at night wondering if her family is about to get tossed out on the street.

“As a mother, you feel like you failed your kids,” Ambert says. “You don’t want them having to go through that or even knowing about it, which they do.”

Ambert thought she would be protected by an order issued back in September by the Centers for Disease Control and Prevention. It’s supposed to stop people from getting evicted and forced into homeless shelters or crowded living situations where COVID spreads more easily.

Already one study has found that evictions may have caused thousands of additional deaths because of displaced families catching or spreading COVID-19.

The Eviction Lab at Princeton University, which is following the issue in many cities and states, says it has tracked nearly 250,000 eviction filings since mid-March. The CDC order is preventing many of those people from losing their homes. But many others are being evicted regardless.

The CDC protections haven’t been working so well for Sheila Ambert.

The family lives in Lake Mary, Florida. Due to the outbreak, Ambert lost her job as an administrative assistant. She says her husband is making a lot less money too. Ambert faced long delays receiving unemployment. And though she found sporadic part-time work, when her savings ran out, she couldn’t pay her $1,600 a month rent.

“I need to keep the electricity, I need to buy food,” she says.

In November, her landlord, Sun Lake Apartment Homes, filed an eviction case against her.

One criticism of the CDC order is that to be protected, renters have to be aware it exists and know what to do.

But Ambert did know about it and says she followed the rules. In a court filing she said she gave the required paperwork from the CDC to her landlord.

But none of that seemed to matter. The landlord pressed ahead with the case, and she got an email from the court, saying it was issuing what’s called a writ of possession — giving the landlord the green light to go ahead and evict her family once the sheriff posts a notice on their door.

“I saw that email coming in, and I was like here shaking,” Ambert says. “I’m scared.”

There’s nowhere else for the couple and their two kids to go, she says. “All our family’s in Puerto Rico.”

In a statement, the landlord tells NPR that evictions are, “a last resort.” And that, “we turn to the courts for cases where eviction is legal and warranted by the facts.”

After NPR contacted a local legal aid group to ask if the landlord was following the CDC rules, one of its lawyers ended up taking her case.

“If I could have an angel client for this matter, she is it,” says Breezi Hicks of Community Legal Services of Mid-Florida.

Hicks now represents Ambert and filed an emergency motion to stop the eviction. She says in a hearing she helped Ambert show the judge that she checked all the necessary boxes and requirements to be protected from eviction.

“She also was able to testify to the judge that before the pandemic, she was never late on her rent,” says Hicks.

The judge put the eviction on hold for now.

“Landlords in some cases are just pretending that they didn’t receive the declaration and moving forward with the eviction process,” says Shamus Roller, the Executive Director of the non-profit National Housing Law Project.

He says the CDC order should be strengthened to be a blanket eviction ban.

Now, he says, there are too many requirements and loopholes. If at any step in the process, the renter fails to show up at a hearing or join a hearing zoom call, the landlord is often able to evict.

“Eviction courts are conveyor belts,” Roller says. “And so the loopholes in the CDC order mean that many people are being evicted who should be protected under the order.”

In the case of Sheila Ambert, the landlord is now arguing in a court filing that the CDC order shouldn’t apply. It says the Amberts have, “made no effort at all to follow the requirements under the [ CDC ] declaration.”

Ambert says that’s just not true. For example she told the court she got that rental assistance, thousands of dollars paid to her landlord.

The lawyer in the case for Sun Lake apartments declined to comment on ongoing litigation.

Sheila Ambert in her mostly empty living room. She says the family has been selling furniture to raise money and in case the landlord is successful in evicting them and they are forced to leave on short notice. Sheila Ambert

Shamus Roller says he can’t be certain what’s happening with this case but, “if you are misrepresenting the facts in a case in court documents, it seems very clear to me that that is a violation of the CDC order.”

On paper there are stiff federal penalties for landlords who violate the order– fines of hundreds of thousands of dollars and even jail time.

“The problem is,” Roller says, “there has been zero enforcement, there’s no consequences for that in practice.”

Sun Lake apartments is listed as one of a portfolio of apartment complexes on the website of a larger company Lindemann Multifamily Management. A spokesperson says Lindemann, “owns the [Sun Lake] complex, employing a management company to operate the property.”

A statement, released on behalf of Sun Lake apartments says, “Sun Lake has followed the law and exhausted every measure possible short of evicting [the Ambert family.]”

The statement also says, “they have not at any time in the last six months made any effort to make a partial payment.” Sheila Ambert in a court filing contends that after she paid one partial payment of $800, Sun Lake would not accept any more partial payments unless she made them on top of her full monthly rent, which she couldn’t afford to do.

Sheila Ambert has finally found another job — scheduling people for COVID-19 vaccinations. And some of her long-delayed unemployment benefits have come through. So she has the money to start paying rent again.

But the landlord is still trying to evict her. And she says that’s making it very hard to find another apartment.

“And then it hit me,” Ambert says. She realized the ongoing eviction case is in the public records. “I feel like there are no options.”

Now Ambert is applying to a new rental assistance fund. In December, Congress approved $25 billion to assist struggling renters and landlords. It can cover up to a year of back rent. But Roller says the money has only just started flowing to states and cities.

So Ambert is desperately hoping she can stay in the apartment while she seeks that help and pays the back-rent and late fees. She wants to be able to tell future landlords that she resolved a financial hardship during COVID-19, and wasn’t actually evicted.