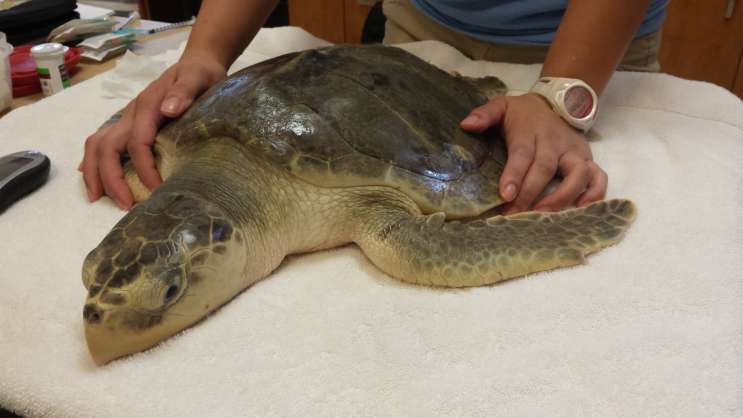 A rare endangered Kemp’s ridley sea turtle is back in the ocean after spending a few months of recovery at the Marine Science Center in Volusia County.

The Kemp’s ridley sea turtle is extremely rare. In fact, it’s the rarest of sea turtles. So you can imagine the reaction at the Marine Science Center turtle hospital when “Renny” arrived in March.

He was accidentally caught by a Ponce Inlet fisherman. He had one hook in his tongue and another in his esophagus near his stomach.

With the hooks gone, Renny was fed crunchy, live blue crabs and gained two pounds over the spring.

He was released into the surf Thursday, swimming quickly out to sea.