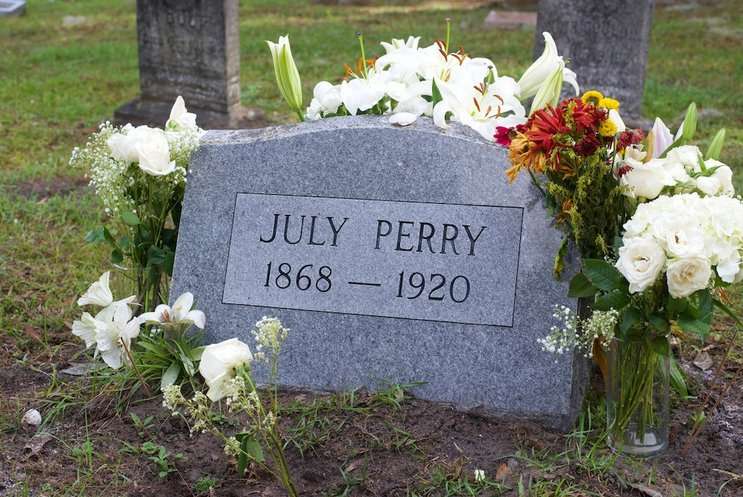 Florida is embroiled in a recount process that’s taken over our newsfeeds and has every other elected official screaming “fraud,” but not too long ago on Election Day, Central Floridians left voting stickers on the grave of July Perry at Orlando’s Greenwood Cemetery.

Close to a century ago, Perry was an African American man who was shot and lynched by a white mob in Orlando after encouraging Ocoee’s black residents to vote on Election Day in 1920. In the days before his murder, local Ku Klux Klan members had threatened terror against black people who dared to vote.

On Election Day, white residents who resented the large number of African Americans voting tried to stop them at the polls. The mob ended up at Perry’s family home, and after a shootout and escape attempt, Perry was found and taken to the Orlando jail. The mob burned Ocoee’s African American neighborhood to the ground, killed an unknown number of black people and drove out those who survived. Perry was lynched on a telephone post as his family and community were broken apart.

It’s important to remember Perry’s story as frustrated politicians call for Florida to just stop counting ballots in the U.S. Senate and governor’s race. Not only would it disenfranchise overseas and military voters whose ballots are counted after Election Day, it would be an affront to the legacy of someone who died for the right to have his community’s voice heard in the democratic process.