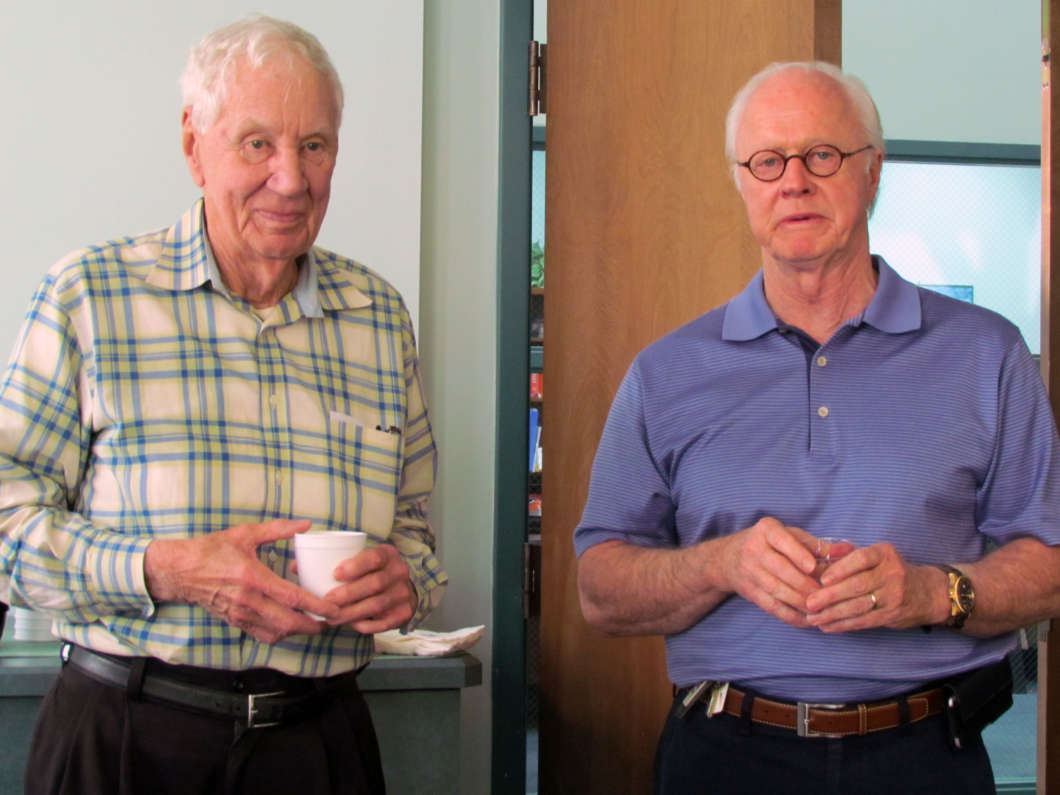 WMFE is mourning the death of Lou Frey. The long time Republican political analyst and former congressman passed away this week at the age of 85.

For 20 years, Frey was a fixture on the airwaves at 90.7, discussing local and national politics with Democratic political analyst Dick Batchelor.

Charlie Gray, attorney with Gray Robinson, who helped Frey get elected to congress in the late 60s, was a long time friend of Frey’s.

“I’m very proud to have had him as a friend for all these years and respect his work tremendously,” Gray told WMFE.

“My thoughts and prayers and love go out to his family, who are wonderful, wonderful people.”

Former Intersection host Mark Simpson, now director of news and Public Affairs with Maine Public Broadcasting, says he enjoyed the historical and political insights in his conversations with Frey.

“Understanding the history behind the Kennedy Space Center and getting the space shuttle program launched, it was always fascinating to hear that context,” says Simpson.

“The thing that I loved about it the most was his ability to be able to thread historical events into present day context, and understand why they still held meaning and relevance.

“He was certainly one of the major contributors to [the shuttle program],” says Former US senator and astronaut Bill Nelson.

“He was in the right place at the right time to do that, as importantly, the nation had spent a lot of money getting to the moon to beat the Russians. And then the layoffs occurred, 25,000 people starting to be laid off at the Kennedy Space Center at the end of Apollo, and all of the economic deprivation, almost like a recession at the time,” says Nelson.

“And then coming back out of that with the new technology, this fantastic flying machine called the space shuttle.”

Intersection producer Brendan Byrne sat down with Dick Batchelor and Frank Torres to talk more about the impact Lou Frey had on political and civic life in Florida.