Remembering Eman Valentino: The Man Who Could Dance 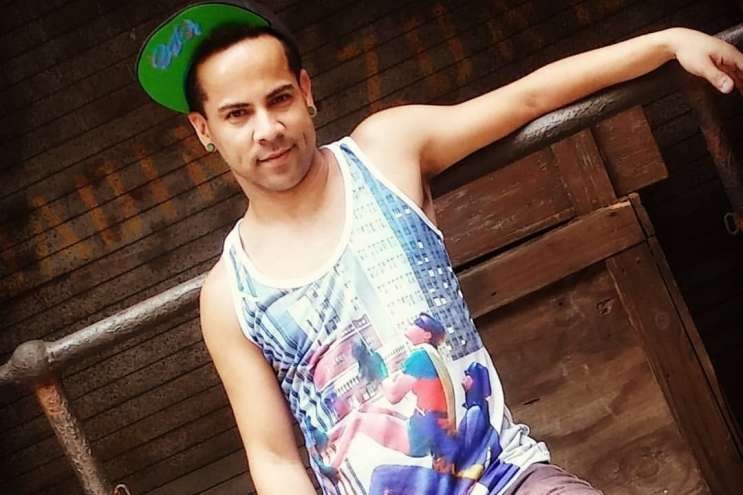 35-year-old Eman Valentino will be remembered for his dance talent and fun-loving spirit. Photo: Facebook.

Anyone who saw Xavier Emmanuel Serrano Rosado on stage will agree.

That man could dance.

Sizemore met Rosado, known by his stage name as Eman Valentino, five years ago at Parliament House, an Orlando gay resort and city landmark. It is known for its drag shows, comedians, and dancers.

On Monday nights, you could find Eman performing pirouettes there in a well-tailored leather cape with a hat and green and purple strobe lights cast upon his sleek frame.

In this video with more than 5,000 views, he hops off the stage and extends his arms above his head, spinning and lip synching, “Take me to wonderland.”

“He would be here, dancing,” Sizemore points to the stage, smiling. “He brought production to the game.’

Eman brought unique talent to a highly competitive scene that many performers wanted to part of.

“For me to think that he’s not going to dance here anymore—all they wanted to do was dance. that’s what everyone was there for that night. To dance and, you know, just have a good time.”

And that is how Eman was known—as a guy who loved to have a good time.

“He always was joking around. He was a family person,” add Yemil Rodriguez, who grew up with Eman in Puerto Rico and Connecticut.

He remembers his childhood friend as always having loved to dance. He taught a dance group back in Puerto Rico and worked for Disney playing different characters. In a photo on Facebook he kneels between Mickey and Minnie Mouse and Goofy and his family members.

“Him and his family, they always get along together. They always be together all the time. Great father. Great brother. Great friend,” says Rodriguez.

Eman had a son whom he placed above everything. Drew Sizemore remembers Eman working three and four jobs to take care of his son.

“He would come in late. He was always rushing to work. I remember one day he came to pick up his paycheck and he brought his kid with him and I thought, ‘Oh my God’, this is like a spitting image of him. He was just really really a great father and was always making sure that his child was respectful.”

His childhood friend Rodriguez says Eman was quiet about his sexuality. His son was from a previous heterosexual relationship. Longtime friend Drew Sizemore is hesitant to say that Eman was even gay, which for him, has no bearing on the larger-than-life energy he brought to everyone whose path he crossed.

“He wouldn’t want us to be sitting her crying. He’s not that type of person. He would say let’s go party. Let’s have a drink. His thing was shots. Let’s do shots. And so, we’d be doing a shot right now if he was here…what kind of shots? Who knows? Lemon drops. Raspberry kamikazes.  It was all about the shots,” Sizemore laughs. “But he was a lot of fun to be around. Tons of fun.”

The legacy of Eman Valentino, otherwise known as Mr. Serrano or simply, Emmanuel—a many of many nicknames and many dance moves—will live on in the hearts in minds of family and friends.