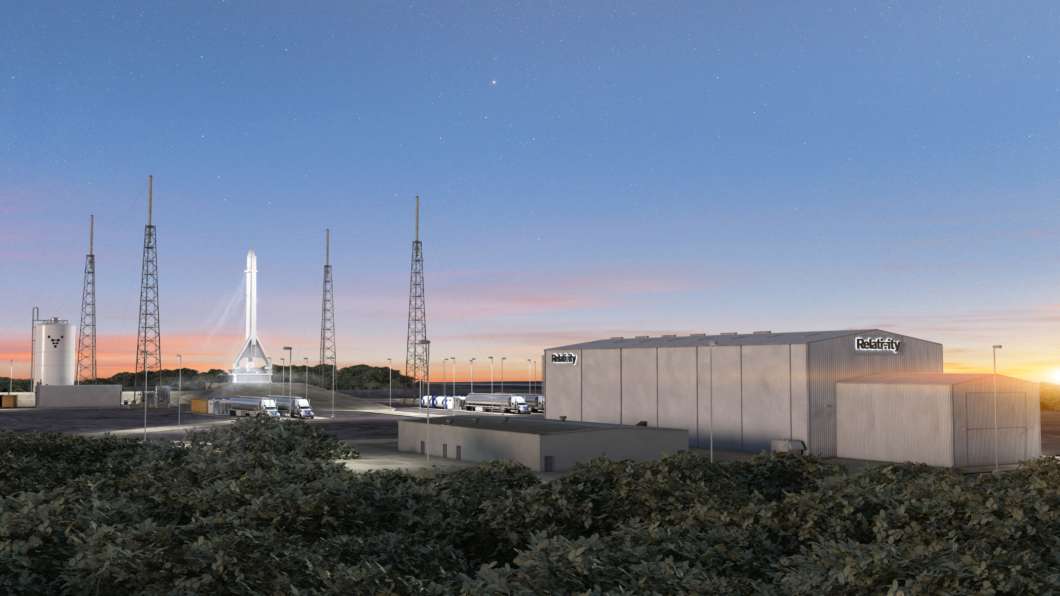 It’s the first major launch contract for the company. Relativity plans to 3D print all of the parts of it’s 100 foot tall rocket.

“I’m thrilled,” said CEO Tim Ellis. “It really gives us the opportunity to prove ourselves, and I’m excited to serve them and give them an awesome ride to space.”

Relativity is completely venture-backed and partnering with an established company like Telesat is a big deal for Relativity. “The biggest piece of validation we can get is that a customer like Telesta — a blue-chip company that has been in business for over 50 years and is one of the pioneers in the industry — is now signing this contract with us,” said Ellis.

The satellites launched for Telesat will create a global communication constellation. That requires a lot of satellites launching into low-Earth orbit. Telesat’s chief technical officer Dave Wendling said the company considered established launch providers as well as “NewSpace companies whose technologies and manufacturing methods offer lower costs and greater flexibility for deploying our constellation. Relativity is just such a company.”

The company’s manufacturing process is a first for the rocket industry. Ellis said the 3D printing process has lowered the number of parts needed to assemble its Terran 1 rocket and also allows the company to make changes to the design of the rocket. Engineers can get the new design to the launch pad in just 60 days.

“We’ve actually been able to come up with the world’s largest metal 3D printer to print this rocket out of custom aluminum alloy we’re also developing ourselves,” said Ellis.

The company has a deal with the US Air force to launch from LC-16. Ellis says preparing the site is ramping up and will create additional jobs on the Space Coast. The company is moving forward with an environmental impact study ahead of upgrades to the pad to support the launch of Terran 1.

Relativity is planning a test launch of the rocket from Florida by the end of 2020. The company currently has about 80 employees.