Reflecting on the legacy of Dr. Martin Luther King Jr. 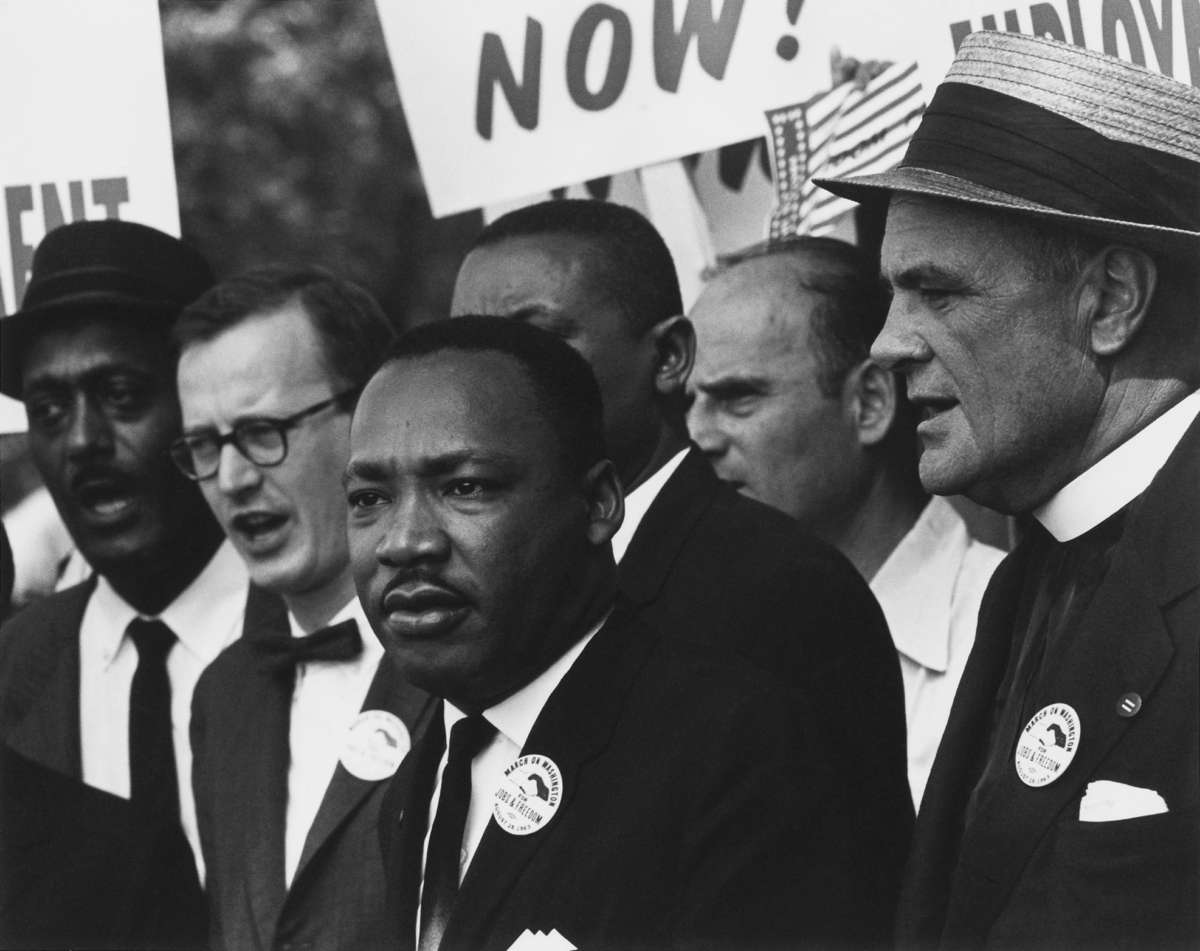 Martin Luther King Jr. during the 1963 March on Washington for Jobs and Freedom, during which he delivered his historic "I Have a Dream" speech, calling for an end to racism.

On Monday we celebrate the birthday of Dr. Martin Luther King Jr. It’s a day of service to honor the civil rights icon. but there were others in Central Florida, too, who also played a big part in advancing the cause of civil rights both here and nationally.

Joining Intersection to talk about MLK’s legacy and the ongoing struggle for civil rights are Dr. Randolph Bracy Jr, director of the School of Religion at Bethune Cookman University and  past president of the Orange County Branch of the NAACP; Kathy Hunt, president of Oviedo Citizens in Action; and public relations professional Jaylen Christie who is moderating an online MLK leadership forum hosted by Alpha Phi Alpha on Thursday evening.

“I think his prayer and His hope was that people of color would one day be judged by the content of their character, rather than the color of their skin,” says Bracy.

“And it seems now like we’ve gone full circle, and we’re fighting the same battles of before, 60 years ago.”

Bracy says the struggle for voting rights continues to this day.

“And I think it’s very sad that, you know, we’re going to have a lot of hoopla, a lot of embracing about the principles of Dr. King, but how can you embrace Dr. King and then go so directly against what he stood for, especially in this time of voter suppression?”

Oviedo Citizens in Action has been fighting for equal rights for fifty years.

“One of the things that the founders of the Oviedo Citizens in Action was about was addressing those things about equal housing, voting rights, getting  people out there to vote, because we felt that that was our only recourse and the voice that we had to make certain that people  of color especially were looked upon equally,” says Hunt.

“I think they looked at it as if we put a bandaid over something and not really dug deep enough to heal the wound,” she adds.

As influential a figure as Dr. King was, Bracy argues that the Civil Rights movement actually began in Central Florida, with the assassination of voting rights activists Harry T. and Harriet Moore in Mims in 1951.

“[Harry T. Moore] did something that was unreal, he registered during the 30s and 40s, more than 100,000 people to vote. Most people don’t know that about Florida history,” says Bracy.

Christie says while some of the struggles remain the same, the fight for equality is about more than race.

“You know, in 2022 that now encompasses the LGBTQ plus community as well. So there’s been so many changes as relates to the definition of Diversity, Equity and Inclusion.”

“I pride myself on being an optimistic person. So I’m hoping that one day, you know, these issues will no longer exist. But I’ve definitely committed to discovering a solution.”