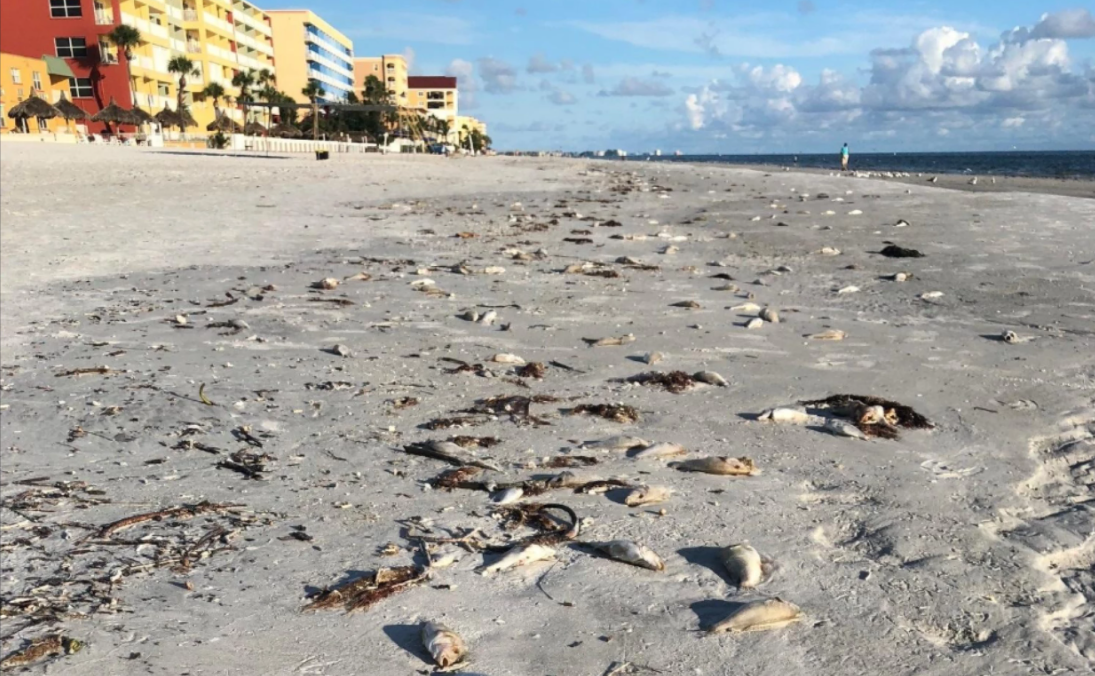 The Red Tide Respiratory Forecast has received $653,960 to “get more microscopes in more hands on more beaches.” The funds will also help to expand detection of other toxic algae species.

Thanks to federal grants, a forecast that helps predict where red tide will produce respiratory issues will reach more Gulf Coast beaches.

High concentrations are being found in Lee and Collier counties. Fish kills and respiratory irritations related to the bloom have been reported offshore of Lee and Collier, as well.

Red tide can cause coughing, runny nose and eye irritation.

To see if their beaches are safe, residents and beachgoers can check an online respiratory forecast from the Gulf of Mexico Coastal Ocean Observing System and the National Oceanic and Atmospheric Administration.

The Red Tide Respiratory Forecast helps people along the coast know where and when to expect those symptoms.

It was initially established and tested in Pinellas County in 2018. Today, it includes more than 20 Gulf Coast beaches.

Rick Stumpf, an oceanographer who led the development of the forecast, said it’s been demanding and exhausting work to take water samples every day and transport them back to a laboratory to then study them under a microscope.

But a press release said they’ve built a system called HABscope, a portable microscope system that uses video and artificial intelligence to quickly analyze water samples for near real-time cell counts of Karenia brevis, the organism that causes red tide in the Gulf of Mexico.

A microscope, with an iPod touch attached to it, can be taken directly to the beach and be monitored by a volunteer citizen scientist right then and there.

The program recently received federal grants from NOAA, NCCOS, MERHAB, and IOOS to expand its coverage and make improvements over the next three years.

“One part of this program is to get that effort up and running and running smoothly so we have a reliable set of volunteers who can return the data. The other is we’re expanding it to Texas. They also get these red tides, they’re not just in Florida,” said Stumpf.

The goal is to be able to monitor every beach every day, he said.

“Part of the offer too is to make it the system stable enough that GCOOS can continue running it into the future. This is a transition of getting all the research pieces put together in a way that it’s actually sustainable, so it could run long term,” said Stumpf.

He said they hope to better detail where the blooms are, where high concentrations are, and the wind patterns for the coming 36 hours.

Although, the red tide organism Karenia brevis is not the only harmful algae the group plans to monitor with this grant money, said Barbara Kirkpatrick, Executive Director of GCOOS and an environmental health scientist who conducted the first studies about red tide bloom impacts on human health.

“Pyrodinium bahamense is another toxic dinoflagellate that occurs in Florida’s estuaries,” said Kirkpatrick in a press release.

“It produces saxitoxin — one of the deadliest natural toxins in the world — and it can be a public health risk in recreational fisheries. It can also cause paralytic shellfish poisoning (PSP), which causes closures of shellfish harvesting. If we can use HABscope to test for other toxins, we can increase the benefits to the public across even more sectors.”