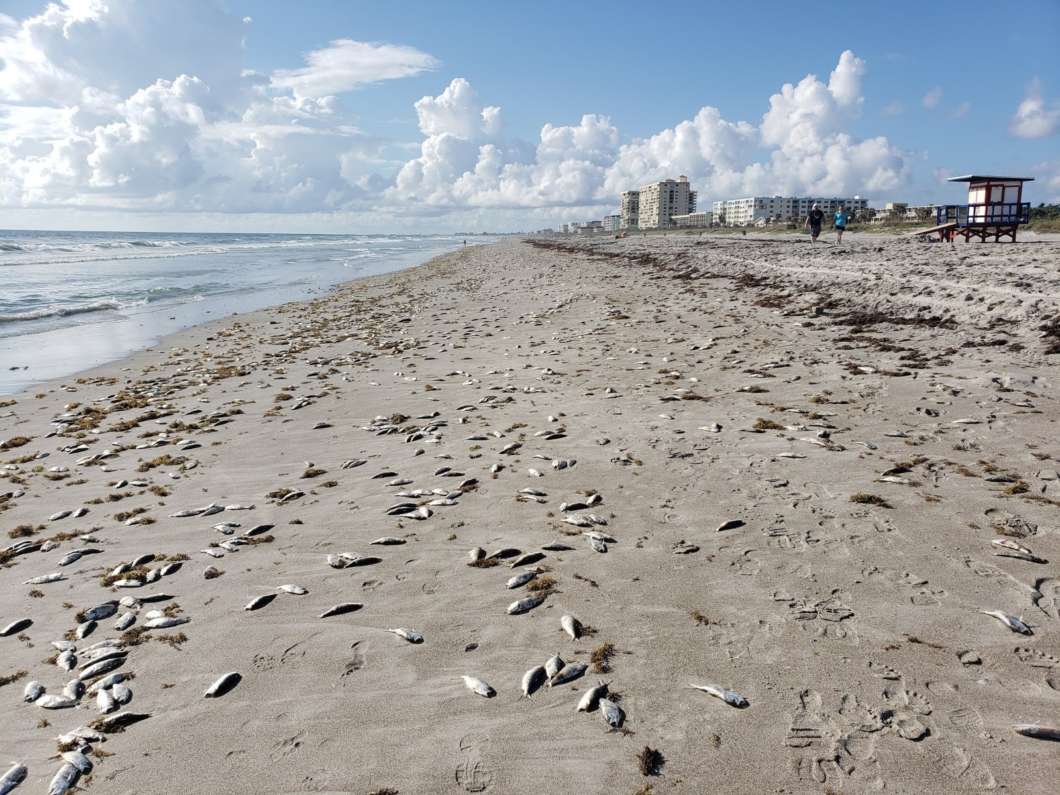 Red Tide is believed to be behind this fish kill in Cocoa Beach. Photo courtesy Brevard County

Thousands of dead fish have washed ashore in Cocoa Beach.

Red tide is thought to be the reason for the die-off.

The die-off comes a day after tests confirmed a high concentration of red tide is present in Satellite Beach and medium concentrations are occurring in Indialantic and Melbourne Beach.

Kristy Lewis of the National Center for Integrated Coastal Research at the University of Central Florida says the state should brace for more as climate change warms waters.

“We need to be a state that is ready to deal with this on a year over year basis. I think it’s going to be something that we have to deal with at the local level but it’s also going to be at the state level and the federal level.”

Tests in Cocoa Beach still are pending, but conditions match those of red tide. Beaches remain open, but warning signs are posted.