Red Huber: a life in pictures 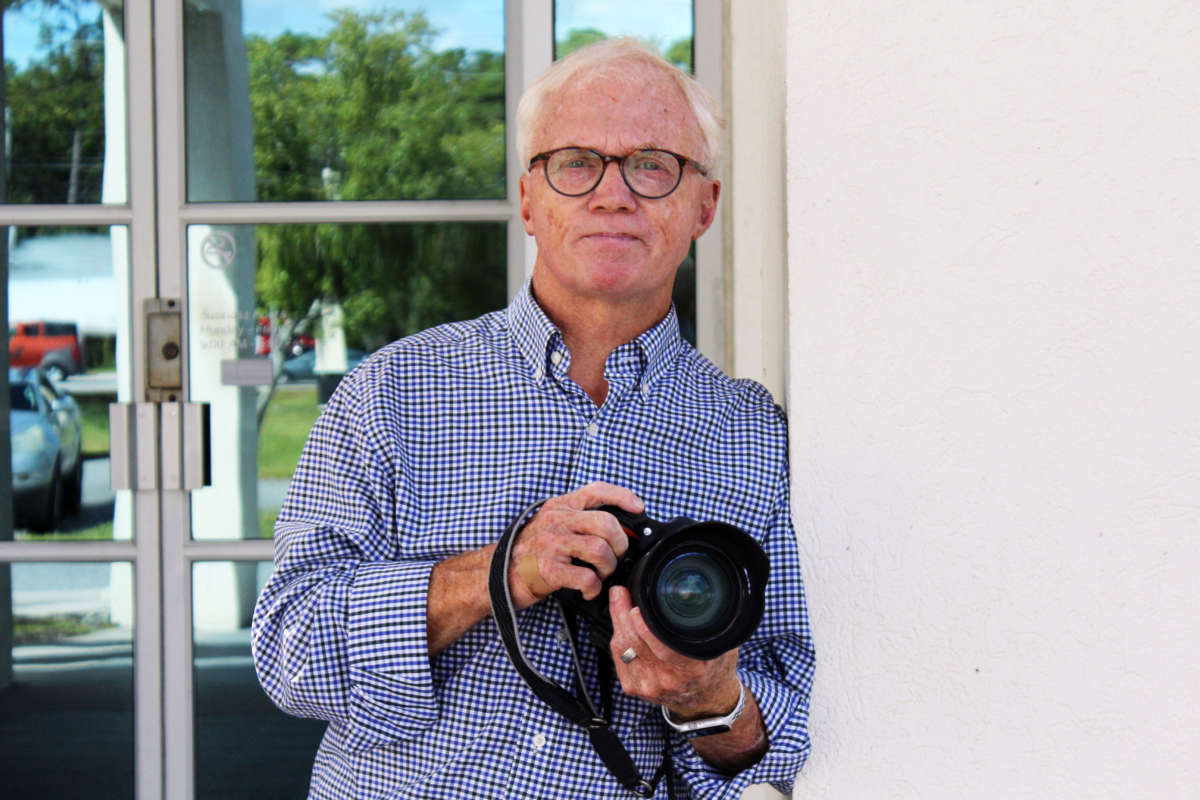 Red Huber’s career as a news photographer spanned more than 4 decades. He documented the highs and lows of Central Florida from space shuttle launches to the tragedy of the Pulse nightclub shooting. Now his work is part of a retrospective exhibition at SNAP! Orlando: Eyewitness: 46 years of photojournalism by Red Huber. Huber and curator Patrick Kahn join Intersection for a conversation about telling the story of Orlando in photographs.

“You want to tell a story within those photos, also each photo tells a story,” says Huber.

He sorted through “thousands and thousands” of photos to come up with the images for the exhibition.

“A lot of images and it took me a while to go through them, but the process of doing that, it felt so good. And I wanted to show those slices of life along with the major events that I was so honored to cover.”

Kahn says through this exhibition, “a lot of people are going to discover Orlando, the way they haven’t seen it before.”

He says printing the photos in large format on high quality paper also allowed Red to see them in a way he had not before.

“I think Red surprised himself even you know when he saw the results of the printing, and he was in front of it and said Wow, those are my photos. You know, and that’s kind of like the idea of showcasing the art behind the documentary photojournalism.”

“Obviously, you also want to be thorough in choosing the right images that give enough of a variety to kind of showcase the work of Red, you know, 46 years,” says Kahn.

“And if we only did major events, it would be…almost like too much. And then you have the lifestyle of the everyday life, the slices of life, like Red was saying, which are in between those major events and give you the fabric of the life of Orlando altogether.”

Slice of Life….. With music playing, Berium Justice, 37, center, a licensed barber cuts a longtime clients, left, hair Friday, April 10, 2015 on the front porch of a friends home off Central Ave. in Apopka. Justice has been cutting hair since 2006. (Red Huber/Staff Photographer)

“Everybody was a little cautious at first,” says Red of the photograph of Berium Justice cutting hair on the front porch of a friend’s house in Apopka.

“And I gained their trust. And I have to say that all these photos that you see that you’ll see on this in this photo exhibition is again those because of trust.”

Aerial view of the out pouring of people attending a Pulse nightclub shooting vigil Sunday, June 19, 2016. Orlando City officials are expecting about 20,000 people to attend a vigil at Lake Eola on Sunday night. (Red Huber/Staff Photographer)

Kahn says he first began thinking of an exhibition of Huber’s work in 2016 when SNAP! put together an exhibition about Pulse. “When Red retired or just before he retired, we thought it would be a really great idea to kind of do a retrospective of his work, because it will represent about 46 years of history of Orlando. So we were really excited about that.”

Casey Anthony (left) is tucked under the arm of her attorney Jose Baez Thursday, August 21, 2008 as Anthony leaves the Orange County Jail Thursday morning. Anthony was arrested July 16, 2008 on child-neglect and other charges after Orange County sheriff’s detectives accused her of telling a string of lies about her daughter’s disappearance. Anthony’s $500,0000 bail was posted yesterday. (Red Huber/Orlando Sentinel)

One of the photos in the exhibition shows Casey Anthony leaving the Orange County jail with her lawyer Jose Baez. Huber says a storm was approaching as the media waited for Anthony to make her appearance.

“I had a flash on just to make sure I could lighten her up. And I wanted to see her expression, you know, and she looked frightened to me, I mean, because it was overwhelming with the media.”

Michael Jackson, inside a Rosie O’Grady’s Flying Circus hot-air balloon with television star Emanuel Lewis, just prior to being airborne from a field in Seminole County. October 12, 1984. Photo: Red Huber

Huber says one day he got a tip that Michael Jackson would be taking a hot air balloon ride, so he was able to get a photo as the pop star prepared to take off.

“I think it was my responsibility as a journalist. I mean, believe me, I’m no papparazzi,” says Huber.

“But…you know, he comes to this town, and we hear all the stuff. But we didn’t have photos of him. And I thought it was really important.”