Ready to toss out your pumpkins? Here’s how to keep them out of the landfill 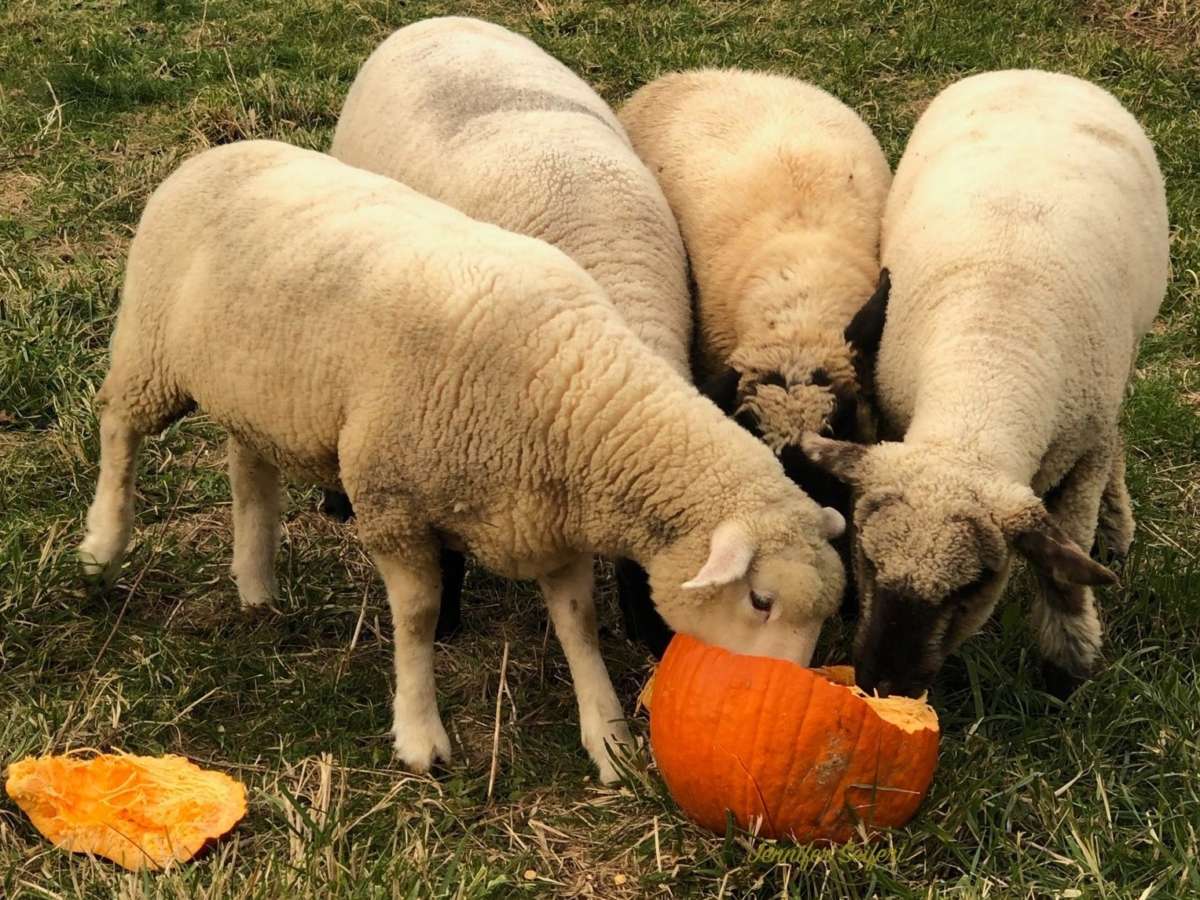 From October to December, Pumpkins For Pigs connects community members across the country with local farms, so their leftover pumpkins can be used for animal feed.
Image credit: Jennifer Seifert

The U.S. produces lots of pumpkins each year — more than 2 billion in 2020 alone. But that year, only one fifth were used for food, which means Americans are spending hundreds of millions of dollars on the gourds annually, just to toss them in the trash when Halloween ends.

So they end up in landfills, which were designed to store material — not allow them to break down. The lack of oxygen in landfills means organic matter like pumpkins produce methane gas, a greenhouse gas that’s harmful for the climate.

Videos about how to responsibly dispose of your jack-o’-lanterns have been making the rounds on TikTok. Marne Titchenell, a wildlife program specialist for Ohio State University Extension, has noticed the popularity of the topic, and even told NPR that her second grader was sent home with an article about composting pumpkins.

What to do with your pumpkin

You can compost it. Titchenell said this is a good way to recycle pumpkins and other unused fruits and vegetables back into soil, which can be used to grow new plants. In New York and other places, neighborhoods even meet up to smash pumpkins and then have them composted. If you don’t have compost, see if a community garden will take your pumpkins.

You can cook with it. Pumpkin is more nutrient-dense than you might think. A cup of cooked pumpkin contains more than 200% of the recommended daily intake of vitamin A, 20% of the recommended vitamin C and is a great source of potassium. Better Home and Gardens has recipes for toasted seeds and fresh pumpkin puree to be used instead of the canned stuff. This curried pumpkin soup from Epicurious was made for a 2015 NPR article.

You can put it out for wildlife. Remove any wax, paint or marker from the pumpkin, and leave it outside for squirrels and birds. To go the extra mile, scoop birdseed into the bowl of the squash. Cutting the pumpkin into quarters makes it easier to eat for bigger mammals like deer.

You can donate it. Some farms, zoos and animal shelters will accept pumpkins for animal feed. Pumpkins For Pigs matches people who want to donate their unaltered pumpkins with pigs (and other pumpkin-eating animals, the organization says on its site) in their region. The founder, Jennifer Seifert, started the project after years of guilt throwing away perfectly good pumpkins. She told NPR in an email that Pumpkins For Pigs’ mission is to “reduce food waste by diverting pumpkins, gourds and other food items to farms and animal sanctuaries for feed or compost.” She said that the process also brings communities together.