Ready to roll. NASA’s next moon rocket ready for trip to launch pad 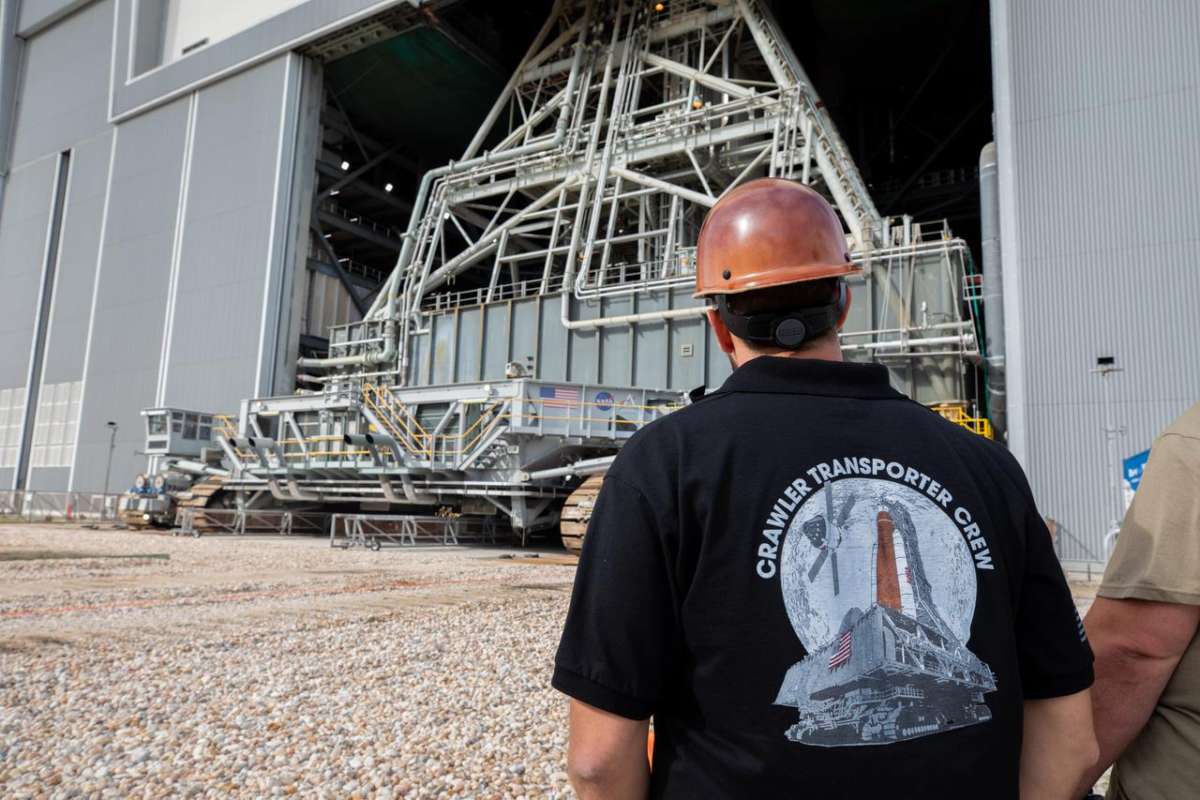 Driven by engineers and technicians, the crawler-transporter 2 slides under the Artemis I Space Launch System (SLS) with the Orion spacecraft atop on the mobile launcher inside the Vehicle Assembly Building at NASA’s Kennedy Space Center in Florida on March 15, 2022. Photo: NASA/Kim Shiflett

NASA’s next moon rocket is on the move, leaving the Vehicle Assembly Building Thursday afternoon and heading to a launch pad at Kennedy Space Center for a critical test before launching later this year.

Kennedy Space Center’s Crawler-Transporter 2 will move the more than 300 foot tall SLS rocket at a speed of 0.8 miles per hour. It will take about 12 hours to make the 4 mile journey to Launch Complex 39B, which launched Apollo 10 and more than 50 space shuttle missions.

SLS, Space Launch System, is the rocket that will launch NASA’s Artemis missions the first missions to the moon since the Apollo days.

“Teams here at Kennedy and really across the country have been working diligently leading up to this milestone known as rollout and preparing for what dress which is to come,” says Artemis launch director Charlie Blackwell Thompson.

“It’s going to be just a wonderful, wonderful sight when we see that amazing Artemis vehicle cross the threshold of the VAB. And we see it outside of that building for the very first time. I think it’s going to be breathtaking”

At the pad, Blackwell Thompson and her team will practice the launch — from fueling the tanks to counting down, stopping just before launch.

After the test, teams will move the rocket back to the VAB one last time before launching the rocket and uncrewed Orion spacecraft this summer on a trip around the moon and back.