Rawlins: Stadium Can Be Catalyst For Economic Regeneration 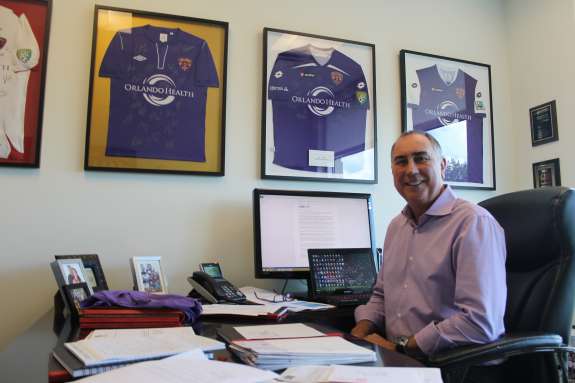 "We want to be the very best neighbor to Parramore we can be," says Orlando City Soccer Club president Phil Rawlins. Photo: Matthew Peddie, WMFE

One of the biggest physical transformations coming to Parramore is the soccer stadium.  It’ll be Major League Soccer’s third largest stadium- seating 25,500 spectators. Some Parramore residents say the stadium will bring new opportunities, while others say it’s not what this neighborhood needs.

Orlando City Soccer Club president and founder Phil Rawlins told 90.7’s Matthew Peddie why the club chose Parramore and what he thinks the stadium will do for the neighborhood.

“I think it can be a catalyst for economic regeneration and development,” said Rawlins.

“There will be over 900 construction jobs created in the building of the stadium. There will be several hundred jobs on any given game day. Everything that gets generated there from a jobs stand point helps to put money into the economy and into Parramore,” he said.

The stadium is set to open towards the end of 2016.