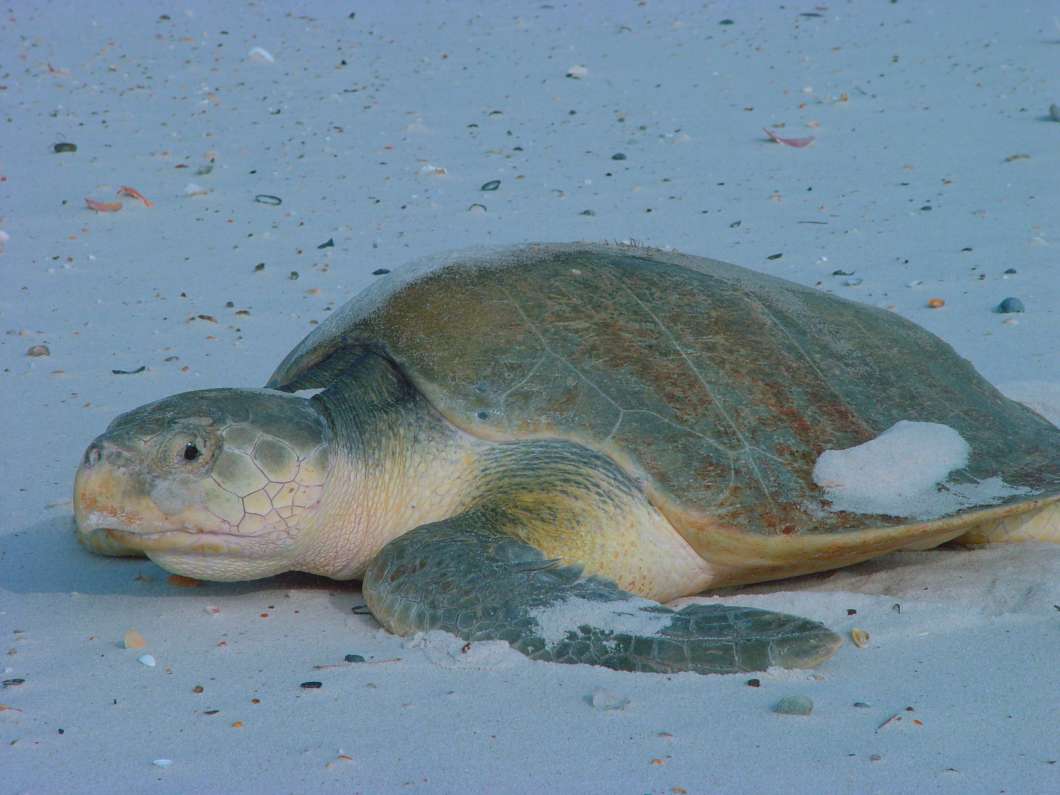 A rare sea turtle is nesting in Volusia County. The Kemp’s Ridley sea turtle was spotted building a nest at Ponce Inlet on Monday.

“Most other sea turtles don’t come out of the ocean until it’s after dark, at night, but the Kemp’s Ridley for some reason will on a regular basis come out during daylight hours, so that was our first cue that it might have been a Kemp’s Ridley,” said Winters.

Winters said she was surprised and pleased by the discovery.

“They very rarely rest in Florida, they primarily nest in Mexico,” she said.

Since 1988 there have been just 9 other Kemp’s Ridley turtle nests recorded in Volusia County.

Turtle nesting season officially starts May 1st and runs through October 31st. Residents and visitors are asked to minimize the use of artificial light on the beach and not to leave trash on the beach or equipment overnight.

Winters said local residents are well educated on how to help protect the turtles.

“Our bigger challenge is educating visitors as they come to this area,” she said.

“We are a very high tourist industry here, and so we’re constantly educating people from all over the world about our sea turtles. For the most part, once people learn, they want to do the right thing and help them as well.”