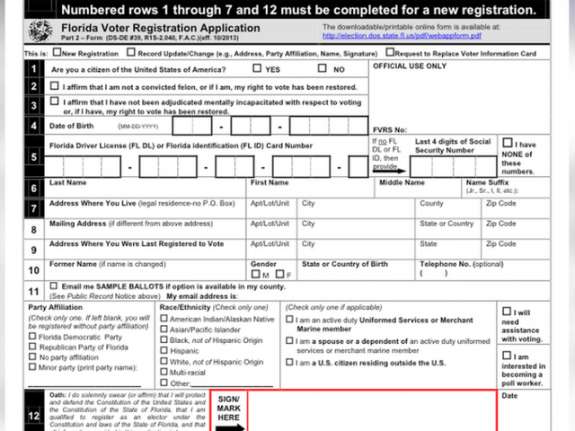 Susanna Randolph, one of the candidates running for Alan Grayson’s 9th district congressional seat, sent a letter today asking Attorney General Loretta Lynch to launch a Department of Justice probe into the state’s voter system. The request comes less than one month after an independent report by the state auditor general found flaws with the nine-year-old registration database.

The audit found the system at risk of a security breach, citing unauthorized access to voter data by Department of State employees. It also labeled the system overdue for upgrades and a disaster recovery plan evaluation.

Department of State officials said they have changed the system’s software and plan to train staff before voters prepare to cast their ballots in the 2016 elections.

“The overhaul is happening,” said Brian Corley. He heads the Florida State Association of Supervisors of Elections. He said his group of 66 elections supervisors is working on strengthening a communication gap between county election staff and the Department of State.

“Sure, Florida has had some black eyes in the past, but we’re ready. I mean, you’ve got to remember, who runs the elections? It’s the supervisor of elections in each county and I know I’m confident my colleagues and I are up for the challenge,” Corley said.

Randolph worries that is not enough. She believes a Department of Justice probe could prevent a possible purge that would cripple minority voters.

“You have the same administration trying to conduct an unlawful voter purge against Hispanic voters in 2012, now you have this, there’s a pattern of behavior here that needs an investigation,” Randolph argued.

This is the second independent audit since the state implemented the system in 2006.