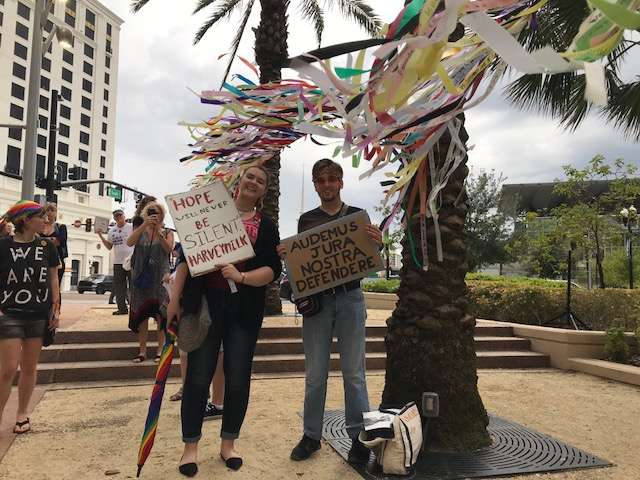 “Forty-nine angels had their voices silenced. We honor them with action by not silencing our own and by voting for them next November.”

He also called for an executive order from Governor Rick Scott that would effectively ban discrimination against LBGTQ people in the workplace.