Rainbows Shine Down On Pulse Ceremony 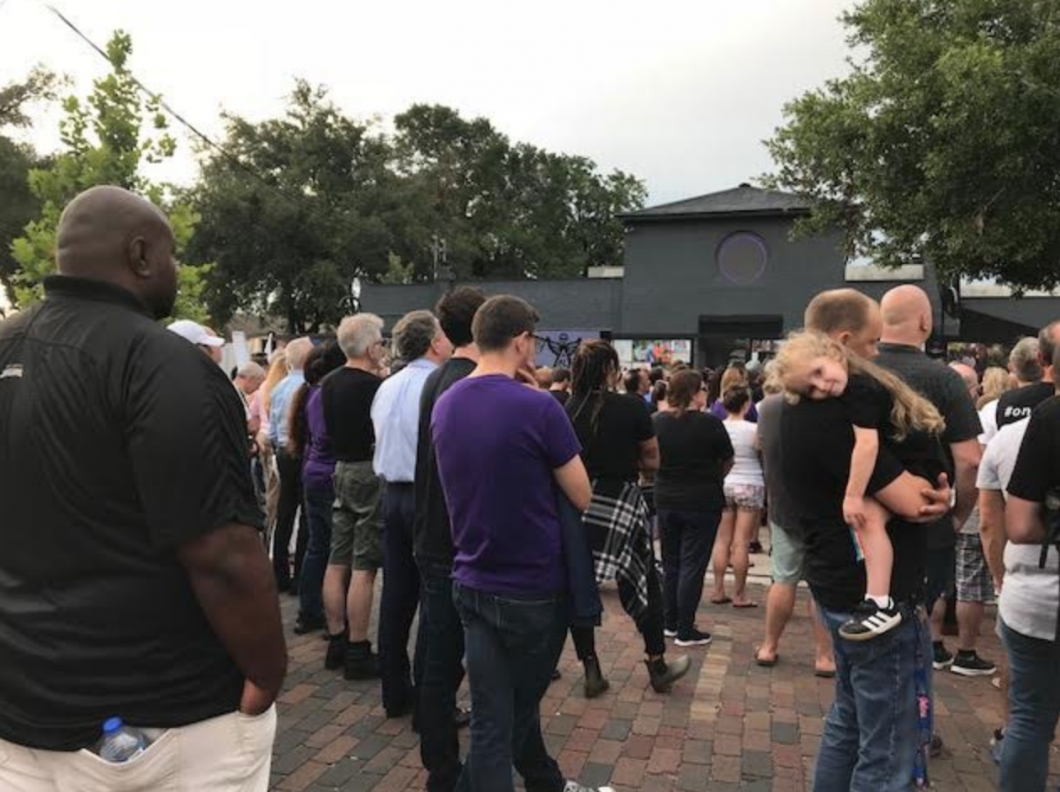 Mourners at a Pulse ceremony two years after the mass shooting. Photo by Danielle Prieur

The crowd at Pulse spilled into the streets at an evening ceremony honoring the 49 slain when a gunman opened fire two years ago.

Minutes before the ceremony rain clouds lifted. It wasn’t long before rainbows shone over the gay nightclub. Barbara Poma, the club’s owner, described the rainbows as a sign from the dead.

“It’s a sign from them to show us they are with us, and these signs provide us moments of peace and hope. But they can never replace the emptiness in our families’ hearts.”

Mayor Buddy Dyer called Orlando to action to prevent the gunman from forever claiming the day as the worst in the community’s history.

Through prayer, song and dance mourners remembered the dead and extended support to the dozens injured in the mass shooting. And they celebrated, love as a triumph over hate.