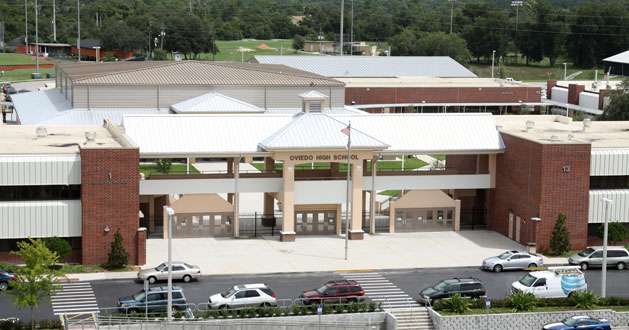 Racist graffiti tied to the presidential election was recently found on the bathroom wall at Oviedo High School.

The message, written in black ink, called for the return to slavery. The first line read, “Y’all black people better start picking y’all slave numbers,” and was signed KKK 4 Lyfe with a heart drawn next to it. Underneath, “Go Trump, 2016” was written in all caps.

Michael Lawrence, Seminole County Public Schools spokesperson, said they are unaware of the culprit, but believes the message was only up for a brief moment.

“Once it was brought to administration’s attention, we removed that immediately,” said Lawrence.”Obviously, if anyone comes forward or we hear which student did that, they will be disciplined accordingly.”

According to Lawrence, there have been no other incidents like this in Seminole County schools.

The photo (which can be viewed here) of the graffiti was posted to Facebook by Shaun King, Senior Justice Writer for the New York Daily News and active Black Lives Matter member, and has already been shared over 5,000 times.

Oviedo High School enrolls more than 2,300 students, the majority of whom are white. Minority enrollment for the student body is at 31%, which is less than the state average of 59%.