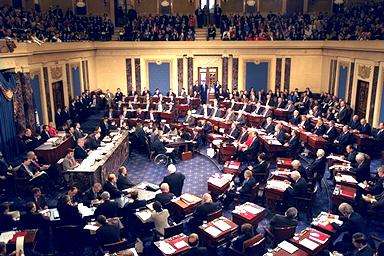 While Marco Rubio may have suspended his bid for president, the race to file his vacant Senate seat is heating up. Candidates from both sides of the aisle are hoping to win the seat this November.

A House Ethics Committee decided to continue to look into allegations of a conflict of interest while Democratic Congressman Alan Grayson operated a Cayman Island hedge fund.

Reports of the hedge fund surfaced late last year. Grayson said investors were only friends and family, and denied any wrongdoing.

Grayson faces Congressman Patrick Murphy in the democratic primary. Murphy’s campaign has been critical of the hedge fund.

On the other side of the aisle, Florida Lt. Governor Carlos Lopez-Cantera picked up an endorsement from Florida House Speaker Steve Crissafulli. He joins Attorney General Pam Bondi in high-profile politicos backing Lopez-Cantera’s run for Senate.

Republican challenger and homebuikder Carlos Beruff is launching a TV ad campaign this week – in both English and Spanish.

The Florida primaries are August 30th.