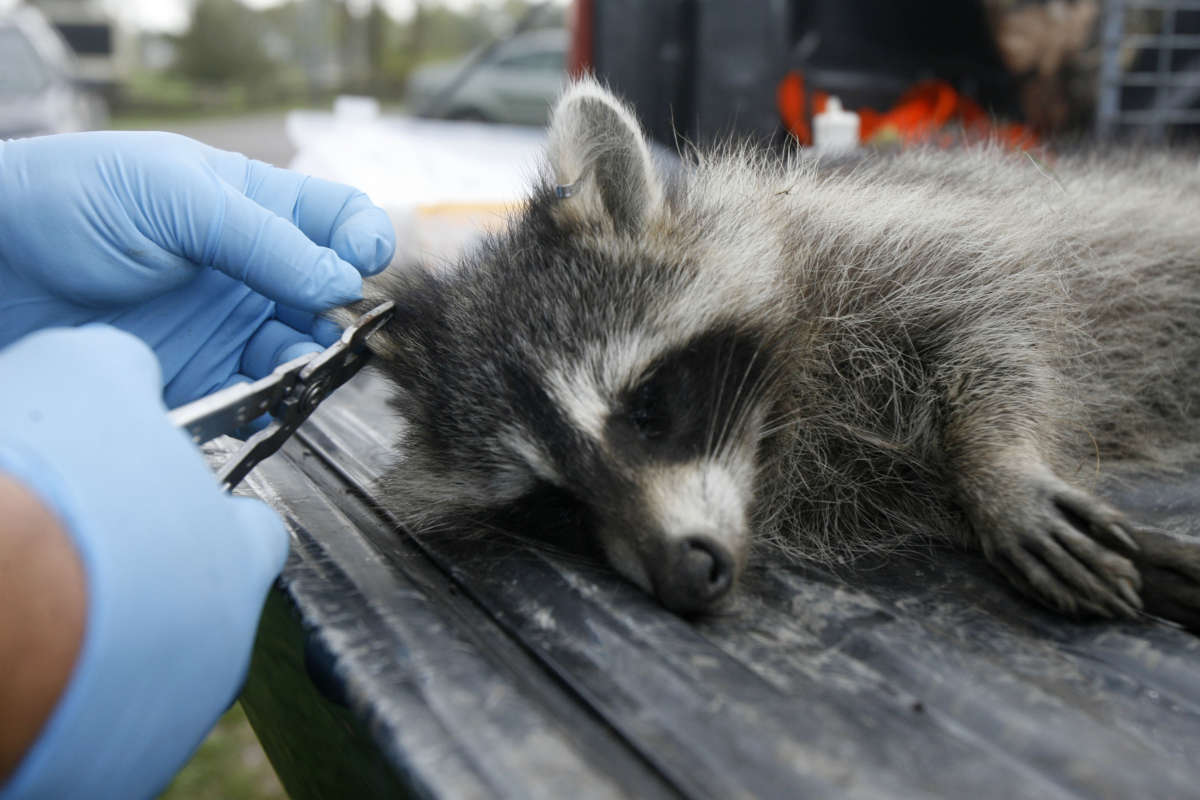 FILE - A tranquillized raccoon has its ear tagged by U.S. Department of Agriculture wildlife specialist Robert Acabbo in Grand Isle, Vt., Thursday, Sept. 27, 2007. The U.S. government has begun scattering millions of packets of oral rabies vaccine from helicopters and planes over 13 states from Maine to Alabama. The major aim is to keep raccoons from spreading their strain of the deadly virus to states where it hasn't been found or isn't widespread, said field trial coordinator Jordona Kirby. (AP Photo/Toby Talbot, File)

The peak of rabies season is winding down, but the Florida Department of Health is urging residents to remain alert as cases continue to pop up.

Weeks ago a rabies alert was issued in Volusia County, and now an alert has been issued for Lake County, a reminder that rabies can occur outside the summer months.

The Florida Department of Health in Lake County says a dog was exposed to a bat that was sick with rabies, triggering the warning in the area.

Floridians should avoid contact with wild or stray animals especially bats, raccoons, foxes, and unvaccinated cats that may carry the rabies virus.

Animals that are acting aggressively, having trouble swallowing or walking or who are drooling excessively should be reported to animal enforcement.

Anyone who is scratched or bitten by a wild animal or a stray should report it to animal enforcement and their local department of health and seek immediate medical attention.

Rabies is usually deadly unless treated before symptoms arise.