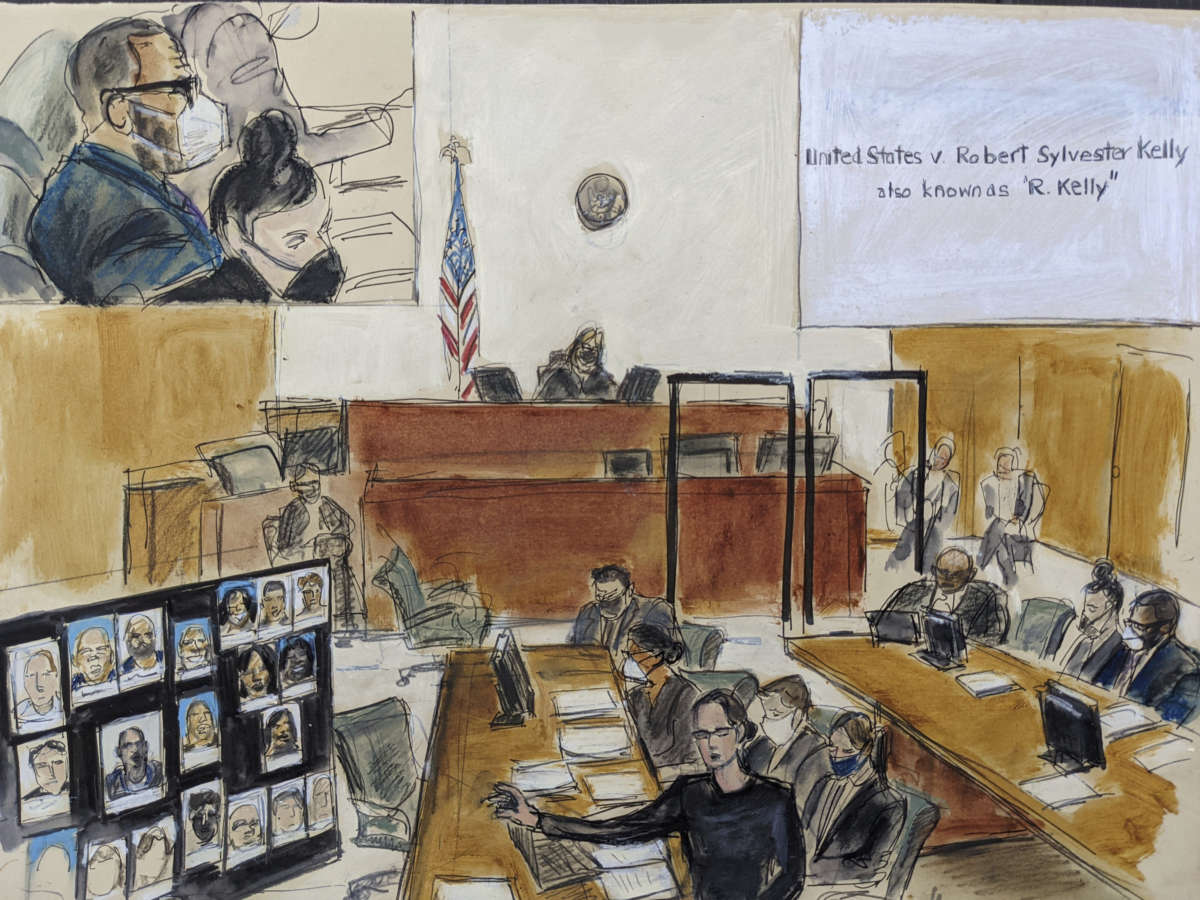 In this illustration drawn from a video feed, the prosecution presents its closing argument in the New York federal trial against singer R. Kelly. on Wednesday, Sept. 22.
Image credit: Elizabeth Williams

After more than 25 years of accusations and a New York federal court trial that lasted seven weeks, R&B singer R. Kelly has been found guilty of charges including sexual exploitation of a child, bribery, kidnapping, racketeering and sex trafficking involving six victims. Kelly faces a possible sentence of 10 years to life in prison.

Federal prosecutors in the Eastern District of New York successfully proved to a jury of seven men and five women that Kelly had been the head of a criminal enterprise, whose purpose was to lure girls, boys and women to the R&B singer for his sexual gratification.

On top of awaiting sentencing in this New York case, Kelly will face a second federal trial on charges of child pornography and obstruction of justice in Illinois. Some of those accusations are related to a 2008 child pornography trial in Chicago, in which he was acquitted of all charges.

Additionally, Kelly faces outstanding criminal charges in both Cook County, Ill., where he was indicted by the state attorney in Feb. 2019 for aggravated criminal sexual abuse involving four victims (three of them minors), and in Minnesota, where Mr. Kelly was charged in Aug. 2019 with engaging in prostitution with a minor.

Sentencing in New York is scheduled for May 4.