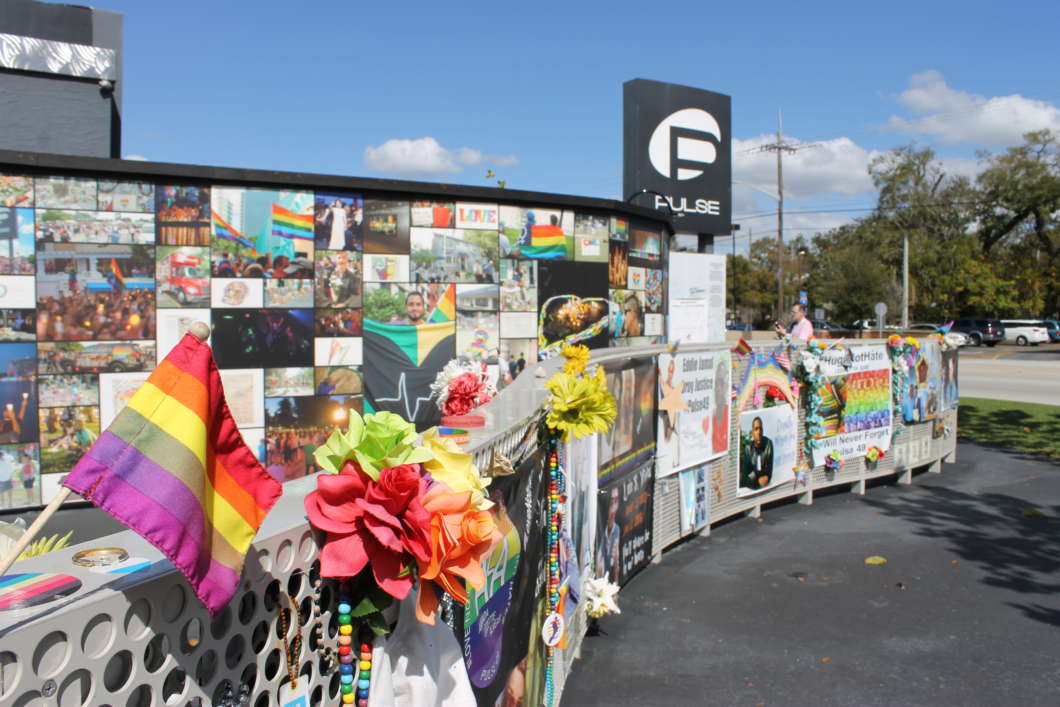 The temporary memorial at the site of the Pulse Nightclub. Photo: Matthew Peddie, WMFE (2019)

A six month investigation by the state attorney for Orange and Osceola Counties concluded that police gunfire did not hit any of the club goers as they responded to a mass shooting at the Pulse nightclub on June 12th 2016.

More than 400 shots were fired during the shooting at Pulse, with about 180 coming from 14 law enforcement officers. Most of the bullets shot by law enforcement were at the end of the 3 hour ordeal as the shooter emerged from the club’s bathrooms.

“All officers have been cleared of any wrongdoing,” the state attorney for the 9th judicial circuit Aramis Ayala said at a press conference wednesday.  “No casualties were the result of friendly fire, and my review has now been complete.”

Chief Assistant State Attorney Deborah Barra, who headed the office of investigation, described police reaction during the shooting as “reasonable and justifiable.”

Despite the results, some family members of the victims of Pulse, like Christine Leinonen, whose son Drew Leinonen was killed, are skeptical about the state attorney office’s findings.  Florida Representative Carlos Guillermo Smith also told WMFE that “it’s hard to believe [the report’s findings]. It’s hard to believe with so many weapons, so many bullets that were shot.”

Aboraya said one of the reasons families of the victims and the public have remained skeptical that none of the victims were hit by friendly fire is that the FBI ballistics report from the shooting has not been released.

“It’s difficult to make such a broad and definitive conclusion that no one was hit,” Aboraya said.

Straub, who authored two after-action reports on Pulse, said he believes the findings from the state attorney’s office are accurate.

“I think that we have to remember that the shooter and shooter alone is responsible for the deaths that occurred, the injuries, the devastation and the ongoing trauma to the families, to the survivors, the Orlando community and the nation,” Straub said. “Having reviewed now the law enforcement response and the fire response, the FDLE report, it is without doubt that all of the public safety officials that responded to this event did so with the utmost professionalism, dedication to the mission and bravery.”

Straub, who has spoken with multiple officers who were at Pulse, said the members of law enforcement who responded to the shooting should be acknowledged for saving lives with their quick thinking and actions.

“Let’s keep the focus where it belongs on an incredibly disturbed individual who had pledged his allegiance during the event to a terrorist organization,” Straub said. “Look at what he did, and look at what he cause, and then I think let’s be proud of the men and women who risked their lives for several hours and kept their lives in jeopardy to rescue individuals from inside the club and to neutralize this individual who in many ways was evil incarnate.”