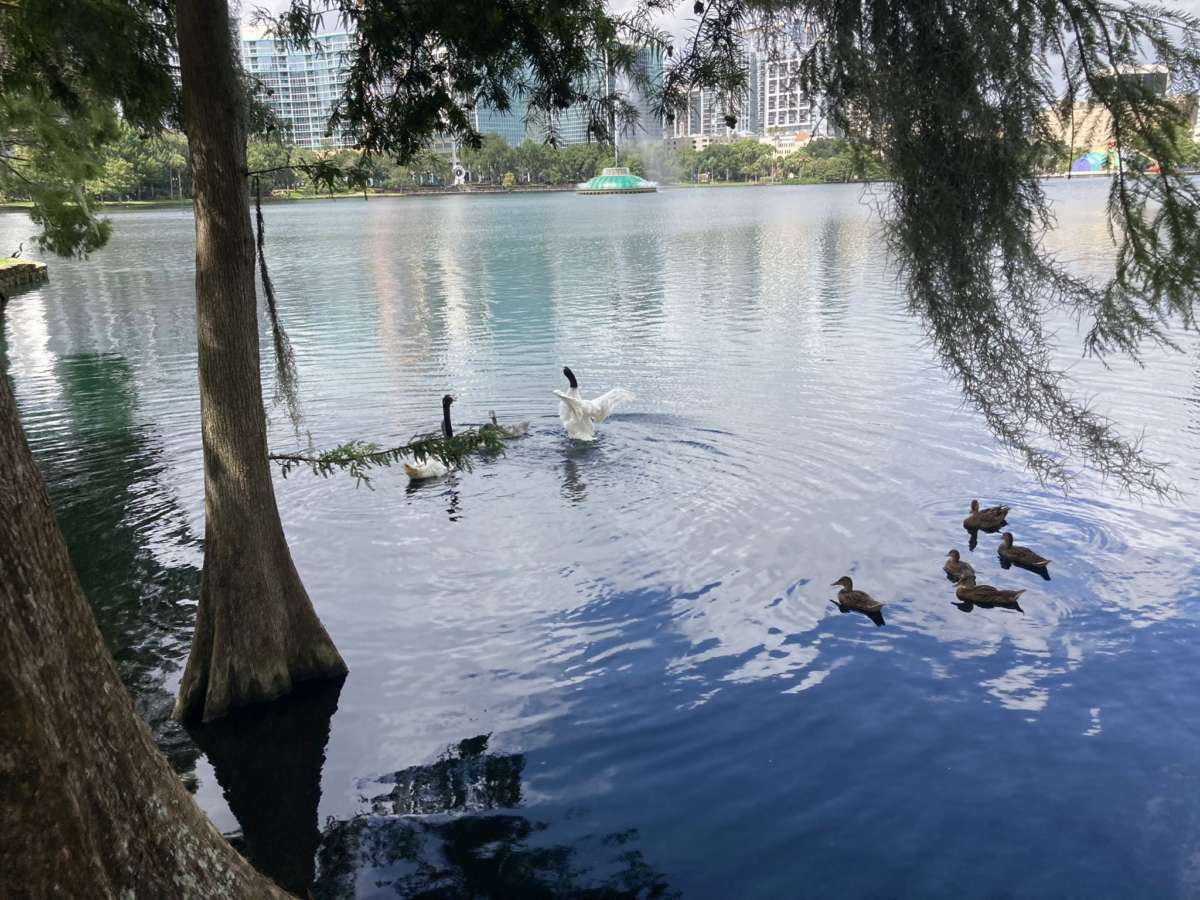 Three black-necked swan cygnets were released into Lake Eola on Wednesday, the result of a successful breeding program that started two years ago.

And now, for a simply swan-derful “After the Rose” Birchelorette update. 🌹

After last season, Queenie met her perfect match – Big Boy – and together they made the cutest little swan family! Today, the cygnets were released out on to @LakeEolaPark, with mom and dad in tow. 🦢 pic.twitter.com/mFjlWgPXVP

They’re the product of a successful attempt to find the lake’s lone black-necked swan, Queenie, a mate. Two male black-necked swans were introduced into the lake in 2019, and last spring Queenie and Big Boy welcomed the three babies.

Sheehan, who pitched in along with another resident to purchase Big Boy, says it’s exciting to see the small family flourish.

“And it’s just so exciting to be here today. This is a love story many years in the making and now Queenie finally has her babies and her family.”

Sheehan says the veterinarians on the lake will be monitoring the tiny swan family over the next few days.

“Now it’s still going to be a little dicey over the next couple of weeks as we bring them back in because swans are territorial, so we’re asking everybody to pray for a good outcome and that nobody beats up on this little swan family.”

There are five breeds of swan that live on Lake Eola, including black-necked swans like Queenie’s family.