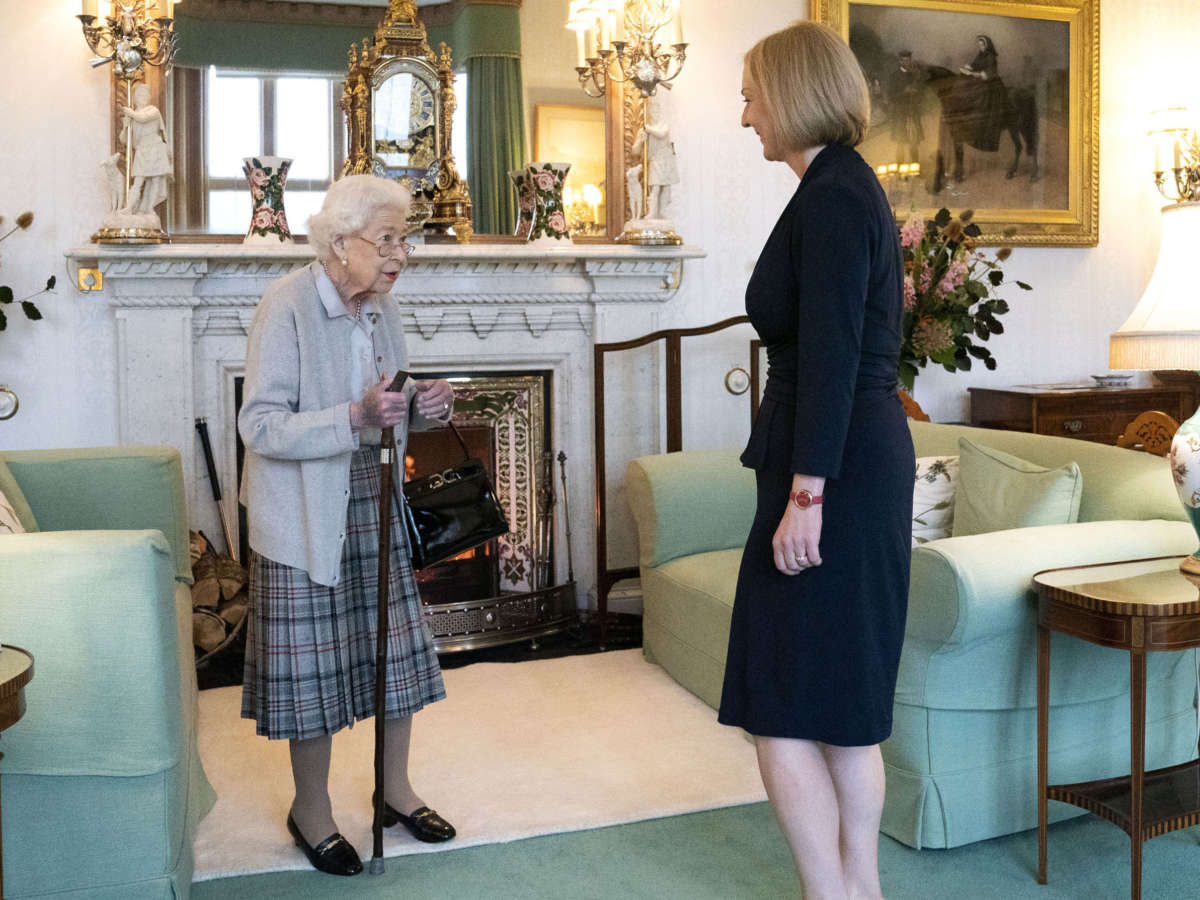 Queen Elizabeth greets leader of the Conservative party Liz Truss at Balmoral Castle on Tuesday. The Queen is under medical observation after her doctors became concerned about her health.
Image credit: WPA Pool

Queen Elizabeth II is under medical supervision at Balmoral Castle in Scotland after her doctors became worried about her health.

Members of the royal family are making their way to Balmoral to be by the Queen’s bedside after her doctors placed her under medical supervision Thursday, the British media, including the BBC and The Guardian, reported.

A Buckingham Palace spokesperson told The Guardian, “Following further evaluation this morning, the Queen’s doctors are concerned for Her Majesty’s health and have recommended she remain under medical supervision.”