Q Poll: Murphy & Rubio Are Too Close To Call 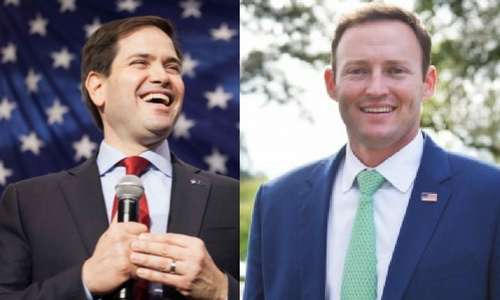 Florida’s U.S. Senate race is now too close to call. That’s according to the latest Quinnipiac Poll.

The poll shows Marco Rubio locked into a tight race with democrat Patrick Murphy, 48 – 45 percent. That’s within the margin of error.

Rubio did better with men, while Murphy did better with women. But when only independents were polled, Rubio has a ten point lead. Quinnipiac’s Peter Brown says that is worth noting.

“If you assume there’s a relatively even split among the parties, that is the Democratic nominee and the Republican nominee get roughly the same amount of votes from their bases, said Brown, “that leaves it up to independents.”

When matched with Democrat Alan Grayson, Rubio came out ahead 49 – 43 percent.

Quinnipiac surveyed 1,056 likely Florida voters between July 30th and August 7th, with a margin of error of three points.

This is the first time Quinnipiac polled likely voters in this senate race, which Brown said is a better representation of voters who will show up to vote.