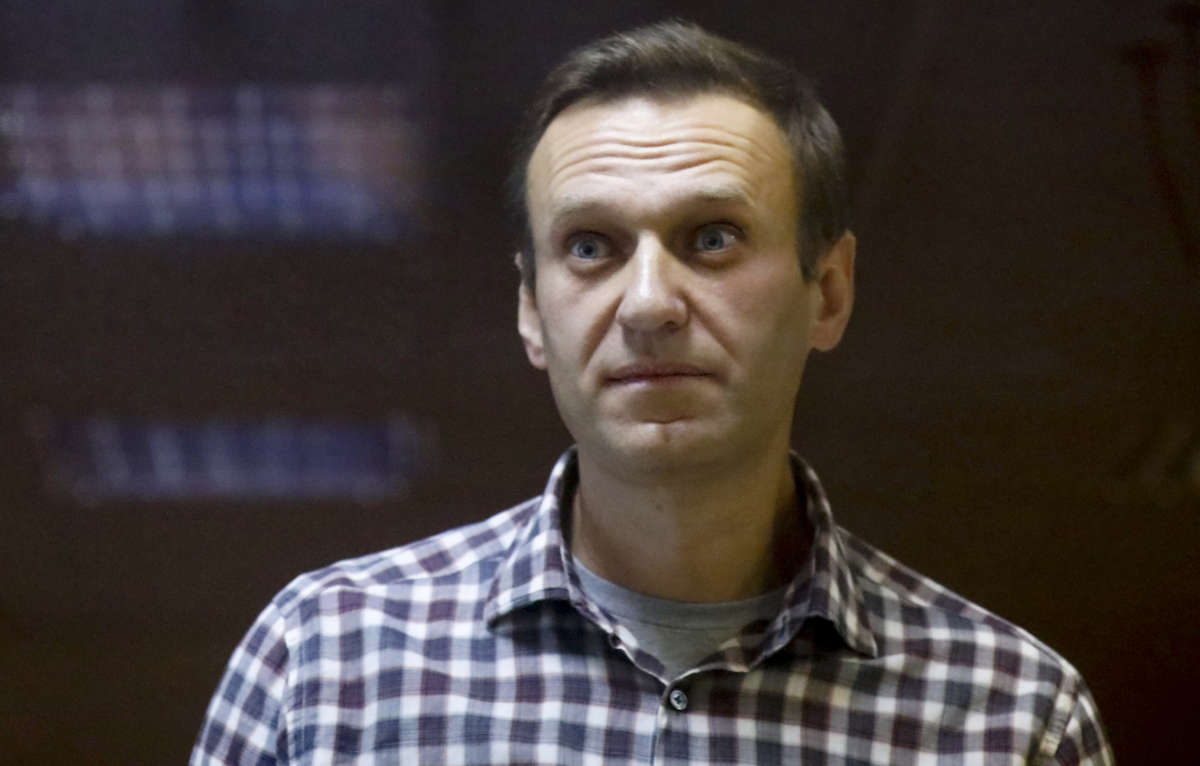 A doctor for imprisoned Russian opposition leader Alexei Navalny, who is in the third week of a hunger strike, said on Saturday that his health is deteriorating rapidly and the 44-year-old Kremlin critic could be on the verge of death.
Image credit: Alexander Zemlianichenko

Imprisoned Russian opposition leader Alexei Navalny is three weeks into a hunger strike protesting the lack of medical attention he’s received while in prison. Now, his doctor fears his death is imminent.

“Our patient could die at any moment,” Ashikhmin wrote, according to a translated version of his Facebook post on Saturday.

Navalny’s spokeswoman, Kira Yarmysh, also said the 44-year-old politician is in ailing health and that he’s lost sensation in his limbs.

“Alexei is dying,” Yarmysh said on Facebook. “In his condition, it is a matter of days. And on the weekend lawyers just can’t get to him, and no one knows what will happen on Monday.”

The prison has prevented Navalny’s personal doctors from seeing him. Kremlin and prison authorities have insisted that he’s getting adequate care.

In early April, as NPR previously reported, Navalny said he had developed a temperature and a cough. Additionally, Navalny complained that prison guards wake him up every hour throughout the night.

Navalny was arrested in January upon returning from Germany, where he had been recovering from a deadly poisoning last summer that he blames on Putin. The Kremlin has repeatedly denied poisoning Navalny, although international medical investigators have concluded that Navalny was poisoned with the Soviet-developed chemical agent Novichok.

The opposition leader’s imprisonment set off a wave of massive anti-Putin protests across Russia, that’s led to the arrests of thousands of people.

Asked about Navalny’s declining health on Saturday, the Associated Press reported, President Biden told reporters: “It’s totally totally unfair and totally inappropriate. On the basis of having the poison and then on a hunger strike.”