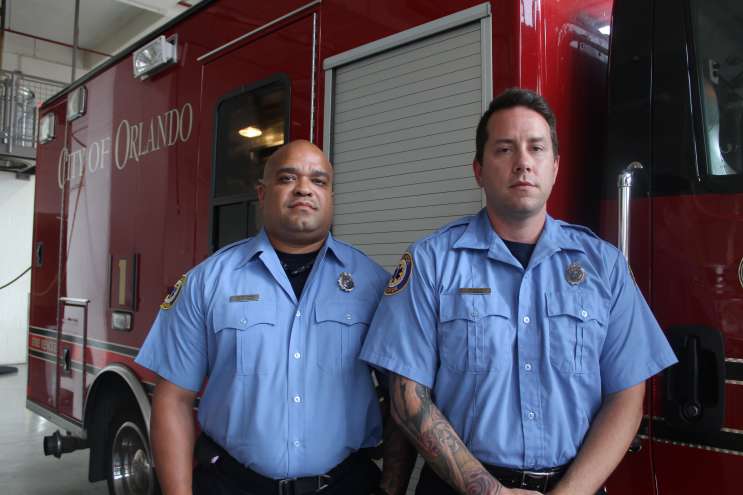 For 20-year-old Patience Carter and her two best friends, that Saturday night of dancing at Pulse night club was literally the best night of her life. And then the shooting started.

Carter immediately dropped to the floor and started scooting backwards. Suddenly, she found herself outside.

“And I didn’t even realize it until I was outside with my hands on the grass and Akyra hovered over me, and I see the sky behind her head, and I’m like: Where’s Tiara?” Carter said.

That question prompted Carter to make a split-second decision. She and Akyra Murray went back into Pulse to get their friend Tiara Parker. Carter and Parker left Pulse Night Club alive. Murray did not.

“I really didn’t have a second to think about anything,” Carter said. “It was just, in the moment, we have to go get her. We went back inside and we all got stuck.”

When planning for a disaster on the scale of the Pulse Night Club shooting, researchers say it’s important to study what actually happens – and not what you think is going to happen. Conventional wisdom often doesn’t play out during a mass shooting.

Check here to read a study on the importance of evidence-based disaster planning.

That these two survivors did the initial search for victims defies the conventional wisdom that police and paramedics do the search and rescue.

Another misconception? That paramedics will sort out victims. Instead, police, not paramedics, dragged wounded out of the night club. And some victims didn’t go by ambulance, but were instead loaded into pickup trucks.

“I remember distinctly seeing that truck twice when we were dropping off patients, and telling those guys great job, let’s go get some more,” said Orlando Fire Department Paramedic and Fire Fighter Joshua Granada, who was on scene.

His coworker Carlos Tavarez was in the same ambulance. Together, they transported 13 victims to Orlando Regional Medical Center, sometimes loading four or five people at a time in an ambulance.

Tavarez said when a big bus crashes, a plane crashes, or there’s a building fire, first responders are prepared for that.

“What you’re not prepared for is this machine that was just continuously creating patients,” Tavarez said. “Well here’s your patients now? Here’s more patients. Here’s more patients. So you’re always trying to catch up to the person injuring people. This person is creating injuries as fast as you can fix them.”

It was Orlando Regional Medical Center’s job to fix those victims, which brings up yet another misconception about mass shootings. The idea that no hospital will get overwhelmed because ambulances will take those with less severe injuries to outlying hospitals.

Instead, 44 victims were brought to Orlando Regional Medical Center because it was so close to the shooting. ORMC got 30 patients in the first 20 minutes, and half of those patients went straight to the operating room. That stretched hospital resources to the max.

“There’s a little MacGyver going on in all this,” said Dr. Jay Falk, president elect of the Florida College of Emergency Physicians and academic chairman of emergency medicine at Orlando Health.

Falk said they learned the best laid plans don’t work the way you expect. That’s why you have smart people in emergency rooms capable of making decisions on the scene, allowing them to deal with the unexpected.

Like when someone thought there was a shooter inside Orlando Regional Medical Center. The report turned out to be false, but it made an already harrowing night even scarier.

“There was one point when our people were barricading themselves in the trauma room by putting stretchers and X-ray machines in front of the door so they could continue to work on the victims,” Falk said.

One change that may come: Guidelines from the federal government now recommend paramedics strap on bullet proof vests and go in with the SWAT team.

Orlando Fire Department Chief Roderick Williams said he wouldn’t support that policy now, but he could see that happening one day. Williams said the worst thing a paramedic can do is become a victim themselves.