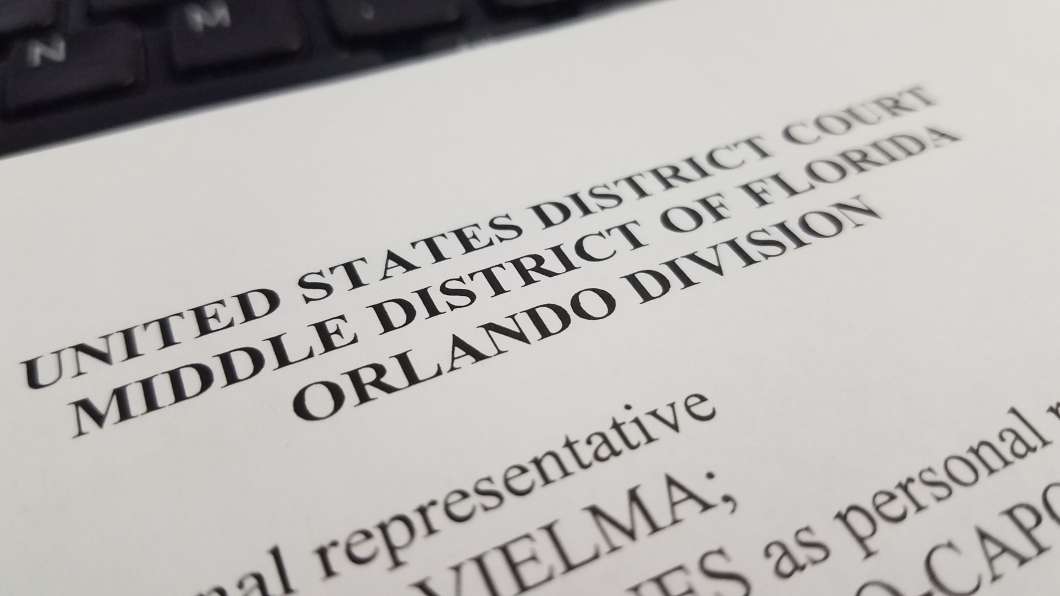 The lawsuit was filed in federal court in Orlando. Photo: Brendan Byrne

More than 30 victims have filed a civil rights lawsuit against the city of Orlando and the Orlando Police Department.

The suit alleged the civil rights of those at Pulse were violated when police didn’t act fast enough to neutralize the shooter. The lawsuit was filed in federal court in Orlando on behalf of more than 30 pulse survivors and victims’ families.

It names one individual, an extra-duty police officer who was working as security during the shooting. It also lists more than two-dozen unidentified officers for both failing to act and improperly detaining victims. The lawsuit claims the city of Orlando is also responsible for a lack of training.

“We deserved to be rescued sooner by law enforcement officer who made strategic decisions to wait despite the shooter continuing to shoot and kill nightclub patrons,” said Keinon Carter, a Pulse survivor and plaintiff in the lawsuit.

The lawsuit also alleges law enforcement improperly detained victims and seized their property. Sandy Roberts, another plaintiff in suit, was at the club with her wife. She fled the scene when they heard shots and left her car, which was impounded by police.

“My involvement in this lawsuit is more than just a stupid car,” said Roberts. “It’s more about civil rights that we as United States citizens have, no matter how dangerous of a situation law enforcement officials might encounter.”

In a statement, the City of Orlando and the Orlando Police Department says since the city has not seen the lawsuit, nor have they been formally served, they cannot comment on the substance of the lawsuit. “Our first responders are committed to the safety of this community, and they stand ready to protect and serve.”

The plaintiffs are seeking an undetermined amount of monetary damages. An attorney for the plaintiffs is asking for a jury trial.