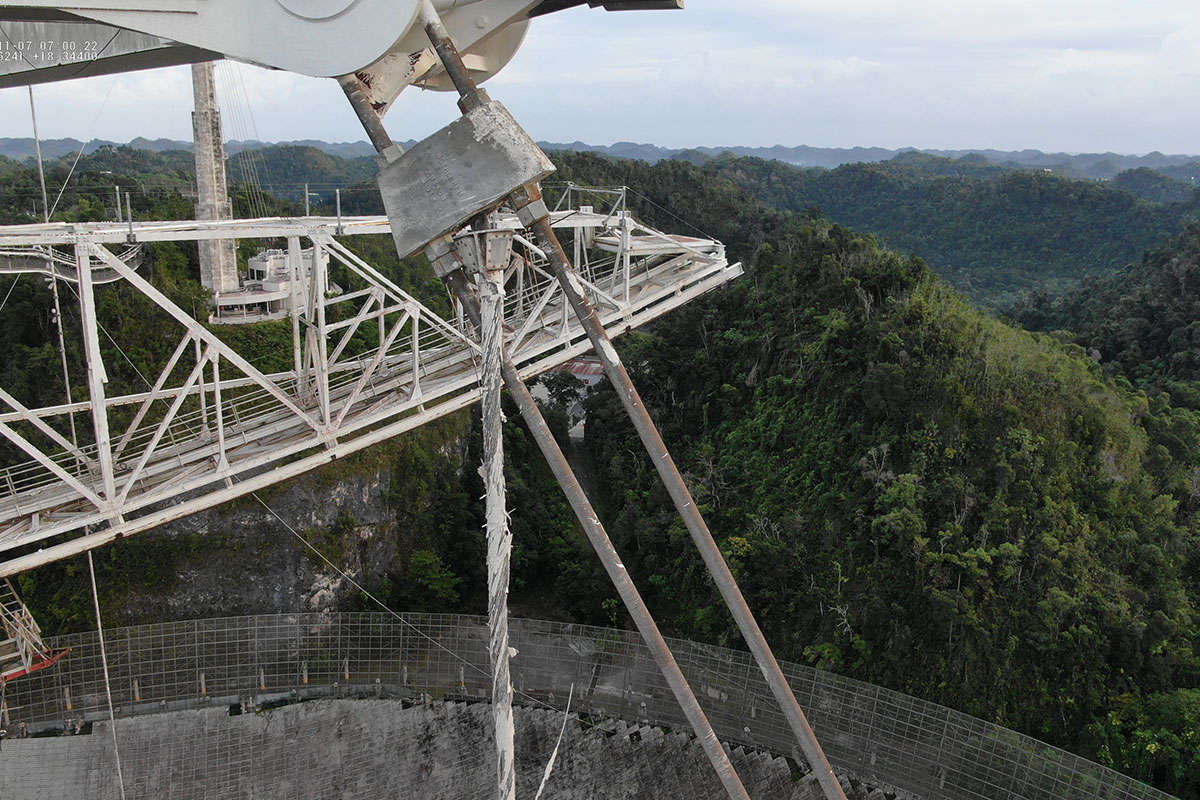 The Arecibo Observatory in Puerto Rico collapsed around 7:55 a.m. AST, according to the National Science Foundation. An instrument platform of the 305-meter telescope fell causing the damage, but no one was hurt.

The investigation into what caused the fall is ongoing. Based on initial findings, the top section of all three support towers broke off causing the 900-ton instrument support platform to fall. The telescope’s support cables also dropped to the dish below.

The University of Central Florida, which manages the operation of the facility, said it is working with the NSF and engineers to assess the damage while maintaining safety.

“We are saddened by this situation but thankful that no one was hurt,” said NSF Director Sethuraman Panchanathan. “When engineers advised NSF that the structure was unstable and presented a danger to work teams and Arecibo staff, we took their warnings seriously and continued to emphasize the importance of safety for everyone involved. Our focus is now on assessing the damage, finding ways to restore operations at other parts of the observatory, and working to continue supporting the scientific community, and the people of Puerto Rico.”

The NSF said last week it would shut down the observatory due to safety concerns, after a cable snapped over the summer, damaging the dish. Another cable broke last month, further destabilizing the structure. Engineering surveys revealed it would be too risky to try and stabilize the damage.

“We knew this was a possibility, but it is still heartbreaking to see,” says Elizabeth Klonoff, the Vice President for Research at the University of Central Florida, which manages the facility for the NSF. “Safety of personnel is our number one priority. We already have engineers on site to help assess the damage and determine the stability and safety of the remaining structure. We will continue to work with the NSF and other stakeholders to find ways to support the science mission at Arecibo.”

In a statement Tuesday, NSF said it will authorize UCF to pay Arecibo staff and take actions to continue research work at the observatory. There are other scientific insturments at the facility like a 12-meter radio telescope and LIDAR facility. Congress appropriated funding to repair those facilities after sustaining damage after Hurricane Maria.

Arecibo is one of the largest radio telescopes in the world, conducting all sorts of astronomical observations like tracking near-Earth asteroids.