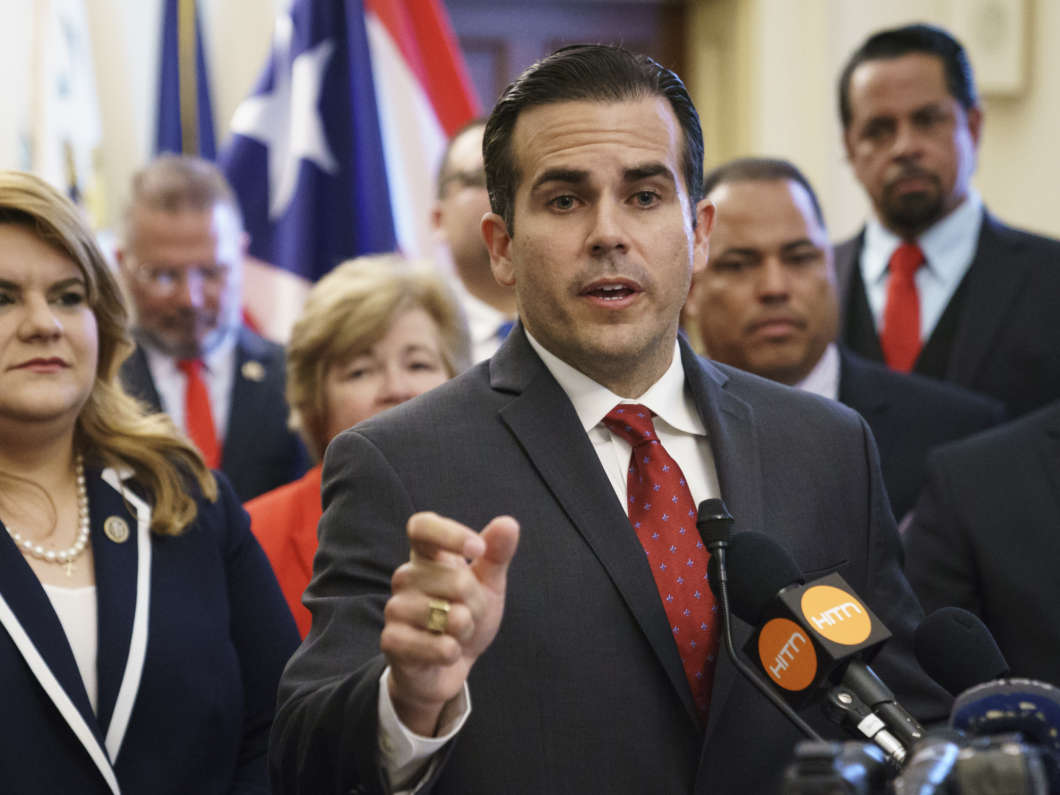 Puerto Rico Gov. Ricardo Rosselló announced late  Wednesday that he is resigning from office amid a scandal over hundreds of pages of text messages he exchanged with his inner circle that included sexist, homophobic and other insulting material.

Puerto Rico Gov. Ricardo Rosselló announced late Wednesday that he is resigning from office amid a scandal over hundreds of pages of text messages he exchanged with his inner circle that included sexist, homophobic and other insulting material.
Image credit: Carolyn Kaster

Puerto Rico Gov. Ricardo Rosselló announced his resignation amid a scandal over sexist, homophobic and otherwise offensive text messages he and his inner circle exchanged. The leaked texts set off mass demonstrations and widespread calls for his departure.

“I was willing to face any challenge, fully understanding that I would prevail against any accusation or process,” Rosselló, a Democrat who was elected in 2016, said late Wednesday.

Earlier this week, he had promised not to seek a second term, but he acknowledged that he had “heard the demand of the people.”

“I hope this decision serves as a call to citizen reconciliation,” he added.

Rosselló will officially step down on Aug. 2.

His resignation comes after nearly two weeks of street protests, including hundreds of thousands of people on Monday who shut down an 11-lane highway in San Juan.

Justice Secretary Wanda Vázquez, an official who protesters say is tainted by her ties to the governor, is expected to replace Rosselló. The job would have fallen to the territory’s secretary of state, but Luis Rivera Marín resigned from that position earlier this month in the wake of the scandal.

On Tuesday, prosecutors began executing search warrants over the chat message controversy. On the same day, Rosselló, who had already grown increasingly isolated in his insistence to stay in office, saw his chief of staff resign.

The island’s massive display of discontent with Rosselló followed years of anger in the U.S. territory over other major issues.

Bankrupt Puerto Rico has been in the grip of a recession for more than a decade. The territory has also struggled to rebuild since Hurricane Maria, which resulted in an estimated 3,000 deaths two years ago.

Rosselló, who came into office with the promise of pushing Puerto Rican statehood, saw his support slip after facing accusations that his administration mismanaged the Maria recovery effort.

Protesters have flooded the streets since the July 13 publication of nearly 900 pages of profane messages on the messaging app Telegram showing Rosselló and his close aides insulting women, deriding gays and making fun of Maria victims. The scandal has come to be known as “Rickyleaks.” The governor’s critics rallied around the Twitter hashtag #RickyRenuncia (Ricky Resign).

Over the past week, besides marching in the streets, Puerto Ricans have protested on horseback, on personal watercraft and in kayaks. Other residents developed a nightly ritual of stepping out on their balconies and porches and banging pots and pans — a cacophonous gesture intended to signal to Rosselló that he no longer has the support of the more than 3 million people who reside on the island.