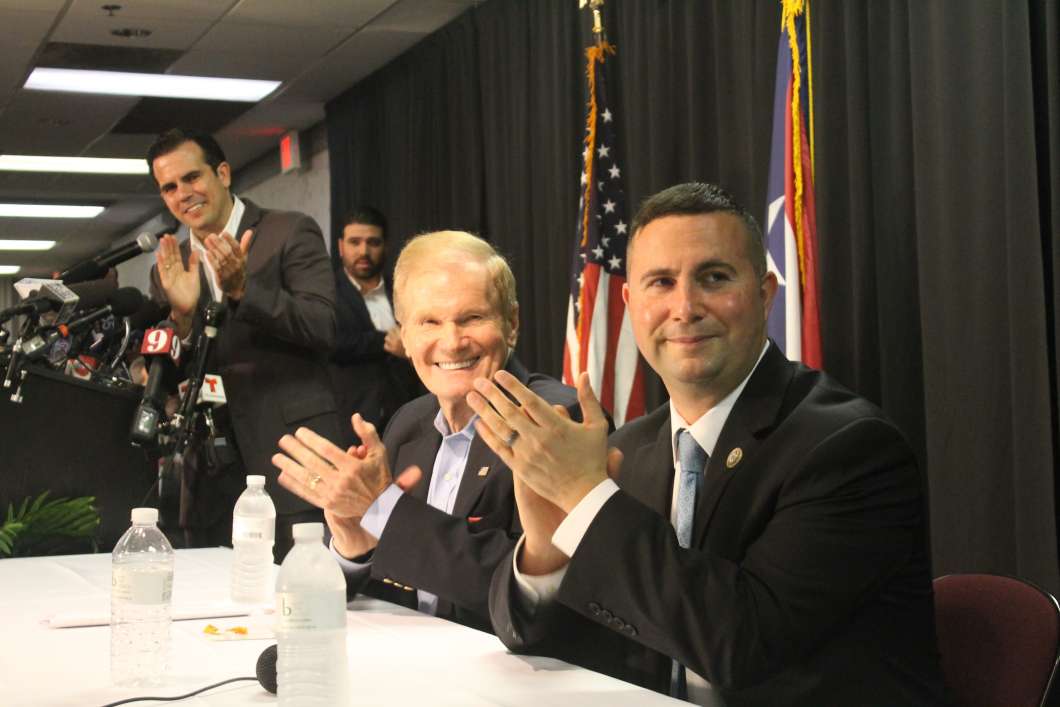 Puerto Rico Gov. Ricardo Rosselló is calling on islanders displaced by Hurricane Maria to take their frustrations to the polls in November.

The governor had harsh words Friday for the federal response to the disaster during a rousing town hall meeting in Kissimmee.

Rosselló described the islanders as “second-class citizens” in the U.S. during an impassioned speech that garnered cheers and whistles.

He lamented the federal response to Maria as apathetic and sought to empower displaced islanders to organize and mobilize ahead of November.

“We need to be outraged. Outraged. By the response, the inadequate response to U.S. citizens that live in Puerto Rico.”

Sen. Bill Nelson and Florida Gov. Rick Scott looked on as Rosselló announced plans to travel the state and beyond rallying Puerto Rican voters. Scott widely is expected to run for Nelson’s seat.

The Puerto Rico governor also had harsh words for President Donald Trump over the president’s alleged use of a vulgarity to describe Haiti and African nations.

“It is surreal at this junction to imagine that this was said by the presidency. The United States is the greatest nation in the world, and we need to act like it.”