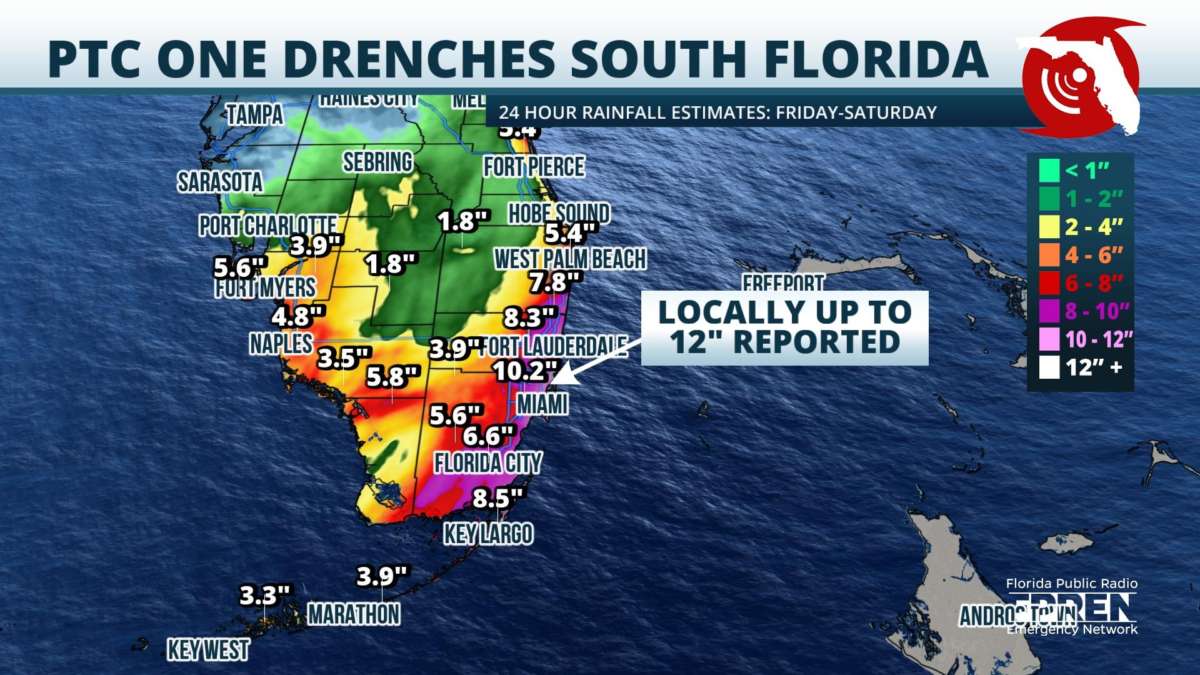 Four days into the Atlantic Hurricane Season, parts of the Sunshine State have already had to deal with flooding rains from a “no-name” tropical system.

Potential Tropical Cyclone One never mustered the organization to become Tropical Storm Alex before coming ashore near Naples Saturday morning. What it lacked to help it become a named system, it more than made up for in torrential rainfall across South Florida. Days before coming ashore, forecasters advertised the possibility of more than a half-foot of rainfall from the tropical entity. Forecasts were incredibly consistent in showing this unfolding as a heavy rainmaker and not a wind or storm surge event.

A shield of rain worked into South Florida before dawn on Friday, with bands of heavy rain falling across the region Friday into Saturday. Rain reports from around the Miami area indicate a widespread area of 9 to 10 inches near the immediate waterfront, into the Central Business District, and south towards Brickell. Closer to Fort Lauderdale, rain reports of between 4 and 6 inches were common. To the west in Collier County, between 5 and 8 inches of rain fell in the area around Marco Island.

The rain in this area fell on already saturated soil, with a number of locations in South Florida picking up around six inches of rain in the week leading up to Potential Tropical Cyclone One’s arrival. The antecedent wet conditions in combination with Potential Tropical Cyclone One’s rainfall led to a number of flooded streets, especially in heavily populated locales like Miami. A number of posts on social media show vehicles stranded in the middle of flooded roadways, which led to a number of water rescues in the Miami Metro overnight Friday.

Potential Tropical Cyclone One’s hallmark will be the rain and flooding, however, there were some wind reports associated with the disorganized storm. Tropical-storm-force winds extended nearly 210 miles outward east of the center. Fort Pierce reported a wind gust of nearly 40 miles per hour, while Melbourne reported a wind gust of 48 miles per hour. Perhaps the strongest storm report in association with Potential Tropical Cyclone One occurred at a weather station at Fowey Rocks near Miami, where a wind gust of 56 miles per hour was observed about 140-feet above ground level.