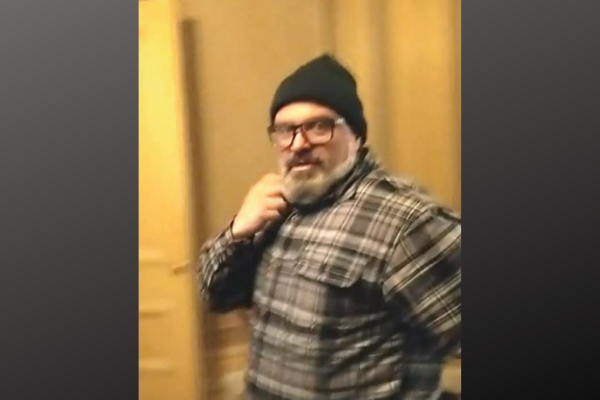 Joe Biggs, in a still from a video shot inside the US Capitol on January 6th. Image: FBI

Federal agents arrested a man they described as a member of the right-wing group Proud Boys on charges related to the riot at the US Capitol two weeks ago.

The FBI said Joseph Randall Biggs was involved in planning the demonstration on January 6th. The FBI identified Biggs from video footage, marching in DC before the riot, and inside the Capitol.

According to the affidavit, in one video from inside the Capitol Biggs says “this is awesome”.

The FBI said video footage shows Biggs and other members of the Proud Boys appeared to have walkie talkie style communications devices.

Biggs told the FBI in an interview that he had gone inside the Capitol, but said he did not force entry to the building, and denied having any knowledge of pre-planning the storming of the Capitol.

Biggs is charged with obstructing an official proceeding before Congress, entering a restricted building with intent to disrupt the orderly conduct of government business, and disorderly or disruptive conduct.