Protests In Orlando As Senate Moves Forward With Obamacare Replacement 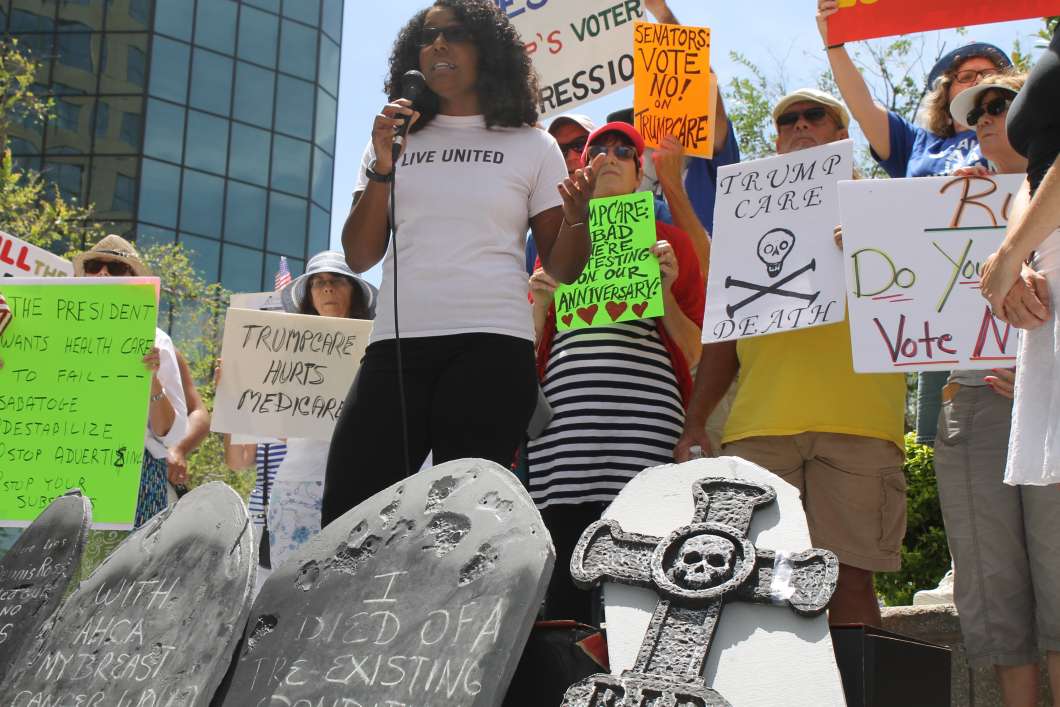 Gloriann Gaston, an ER social workers, was one of about 30 people protesting the repeal of the Affordable Care Act outside Senator Marco Rubio's Orlando office.

Florida’s senators split their vote Tuesday to open debate on the Republican replacement of the Affordable Care Act, or Obamacare.

Republican Senator Marco Rubio voted to move forward with the Better Care Reconciliation Act, while Democratic Senator Bill Nelson voted no. That opens up 20 hours of debate on the BCRA before an unlimited number of amendments can be filed on the bill. Check here for a primer on what could happen next.

Earlier in the day, Rubio spoke on Facebook Live about the measure, saying it will give Florida more money for Medicaid, which will lead to cuts to the program.

“If you’re covering them now with existing funds, and you’re going to get more money person under these changes, what reason would there be for Florida to have remove people?” Rubio asked. “Even if they could, why would they? They’re getting more money per person.”

Meanwhile, about 30 people protested at Rubio’s downtown Orlando office today. They chanted shame, and several spoke in favor of a single-payor health system.

“I’m just nervous about the vote today,” said Gloriann Gaston, a social worker who work in a local emergency room. “I think we’re all pretty nervous. That’s about it. I want to share that there is a sense of anxiety throughout the city among health care providers in the community, and it’s just unfortunate because it shouldn’t have to be this way.”

Ray Scullian was not protesting, but came upon the group of protesters, who have become a weekly staple in front of Rubio’s office. He said he would like to see the Affordable Care Act amended, but not repealed.

“I think obviously they’re right, they all seem very sincere,” Scullian said about the protesters. “And I regret that it will be to no avail.”