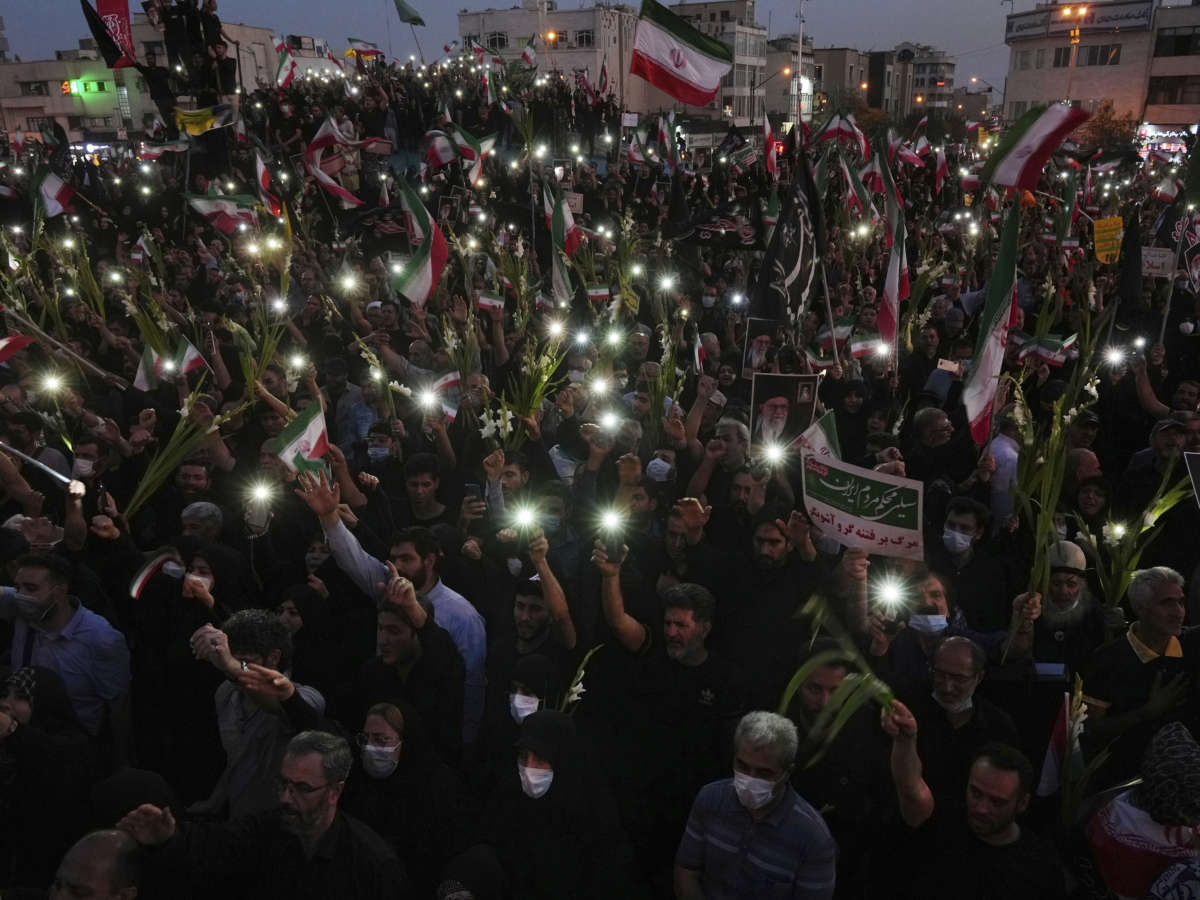 Pro-government demonstrators attend a rally condemning recent anti-government protests over the death of Mahsa Amini, a 22-year-old woman who had been detained by the nation's morality police, in Tehran, Iran, Sunday, Sept. 25, 2022.
Image credit: Vahid Salemi

DUBAI, United Arab Emirates — Iran’s Foreign Ministry said Sunday it summoned Britain’s ambassador to protest what it described as a hostile atmosphere created by London-based Farsi language media outlets. The move comes amid violent unrest in Iran triggered by the death of a young woman in police custody.

The death of 22-year-old Mahsa Amini in custody after being detained by Iranian morality police launched unrest across Iran’s provinces and the capital of Tehran.

Protests over Amini’s death have spread across at least 46 cities, towns and villages in Iran. State TV has suggested that at least 41 protesters and police have been killed since the protests began Sept. 17. An Associated Press count of official statements by authorities tallied at least 13 dead, with more than 1,200 demonstrators arrested.

Running clashes between demonstrators and security forces have continued to erupt. A member of the Basij, a volunteer force with Iran’s Guards, was killed by protesters last night in Tehran, semi-official Fars news agency reported Sunday. Another Basij member, who was in a coma since Thursday after street clashes, died in Urmia, West Azerbaijan province on Sunday, IRNA reported.

The Iranian Foreign Ministry’s website said it summoned Simon Shercliff, the U.K.’s ambassador to Iran, on Saturday and protested the hosting of critical Farsi-language media outlets. The ministry alleges the news outlets have provoked disturbances and the spread of riots in Iran at the top of their programs.

Iran said it considers the news agencies’ reporting to be interference in Iran’s internal affairs and acts against its sovereignty.

The crisis in Iran began as a public outpouring of anger over the the death of Amini, who was arrested by the morality police in Tehran for allegedly wearing her Islamic headscarf too loosely. The police said she died of a heart attack and was not mistreated, but her family has cast doubt on that account.

Amini’s death has sparked sharp condemnation from Western countries and the United Nations, as well as protests in solidarity abroad. On Sunday, violent street demonstrations erupted outside the Iranian embassy in London, with rocks thrown at police and five protesters arrested. A number of police officers were injured in the skirmishes though none seriously.

Pro-government rallies were also held on Sunday in several cities across Iran. Thousands attended a rally in the capital’s Enghelab, or Revolution Square, waving Iranian flags. Some officials, including cabinet spokesman, Ali Bahadori Jahromi, attended to the rally in Tehran.