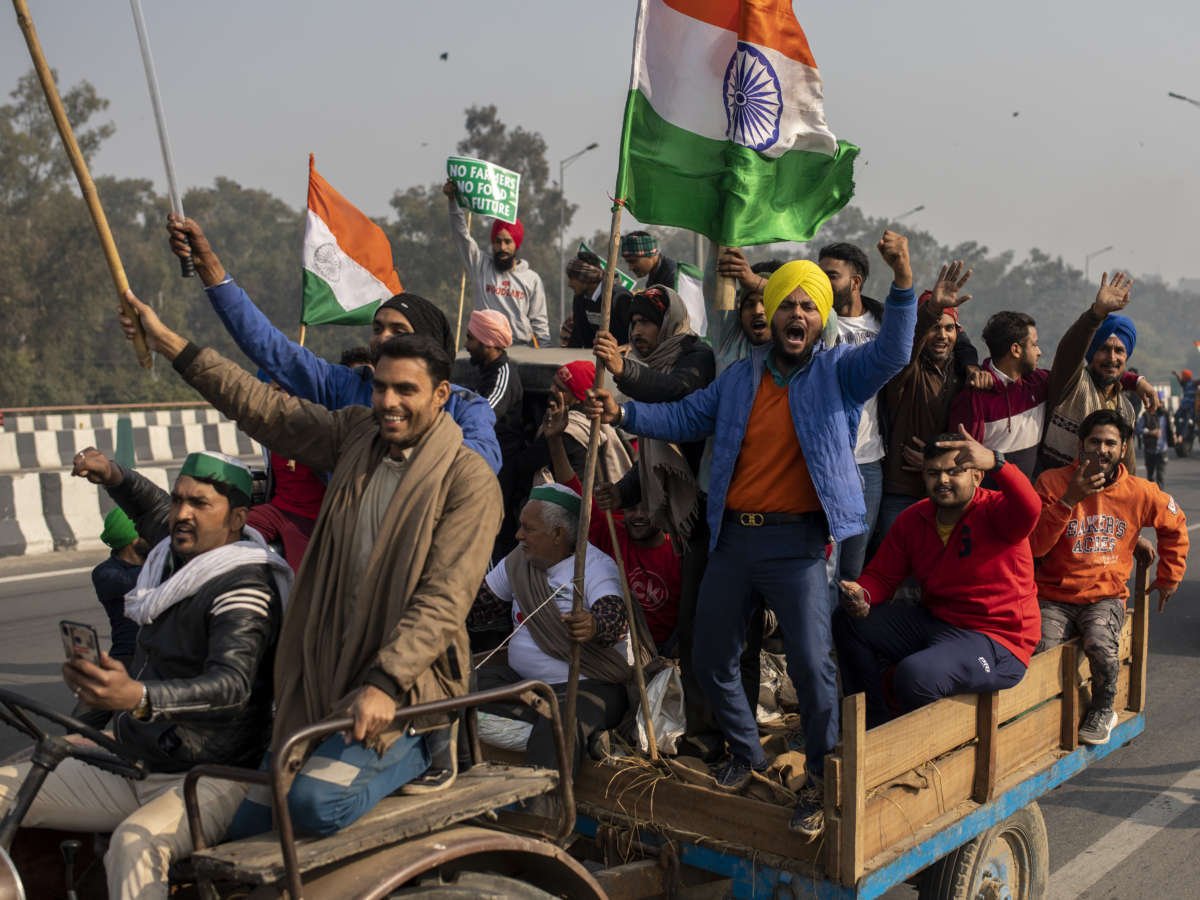 Tens of thousands of farmers rolled into India’s capital Tuesday on tractors festooned with Indian flags, overshadowing a traditional military parade on a national holiday. They broke through barricades, clashed with police and occupied the ramparts of the 17th century Red Fort – a tourist attraction and symbol of Indian power.

It was one of the biggest protests in New Delhi in living memory, posing a fresh challenge to the government of Prime Minister Narendra Modi, who was reelected in 2019 in a landslide.

Farmers had been protesting on the outskirts of New Delhi for months. They’re demanding the repeal of three agriculture laws passed by Modi’s government in September that aim to deregulate wholesale produce markets. Farmers fear they’ll lose price guarantees, though the government insists that’s not the case.

About two-thirds of Indians work in agriculture, in a country of nearly 1.4 billion people. Many Indian families have roots in farming, and solidarity rallies have erupted across India.

“We came here for the farmers’ support! Because they’re not getting what they want,” said office worker Megha Mallick, who gathered with hundreds of other supporters on a cricket field in central Mumbai.

She and her friends were dressed in white, orange and green — the colors of the Indian flag.

Tuesday’s violence happened on Republic Day, a national holiday marking 71 years since India’s post-colonial constitution took effect. The centerpiece of the holiday is a traditional military parade, over which Modi presided.

Farm unions had obtained permits for their tractor brigade, which was supposed to be held after the military parade. But some tractors deviated from the convoy route agreed upon with the government and broke through police barriers early.

Clashes broke out in which some farmers attacked empty buses set up as barricades. Police fired tear gas and water cannons and beat farmers with lathis — bamboo rods used by police in South Asia. Authorities temporarily cut off Internet access in some parts of the capital.

At least one farmer reportedly died.

Last week, the Indian government offered farmers a deal: an 18-month suspension of the three agriculture laws until a permanent compromise could be reached. But farm unions refused, demanding a permanent repeal of the laws.

After nightfall Tuesday, those unions called off the tractor rally. Farmers climbed down from the ramparts of the Red Fort.

But they did not go home. They returned only to their protest camps, on the outskirts of Delhi — from which they’re planning another march on the capital in less than a week.