Protesters Stand Against Neo-Nazism In Gainesville 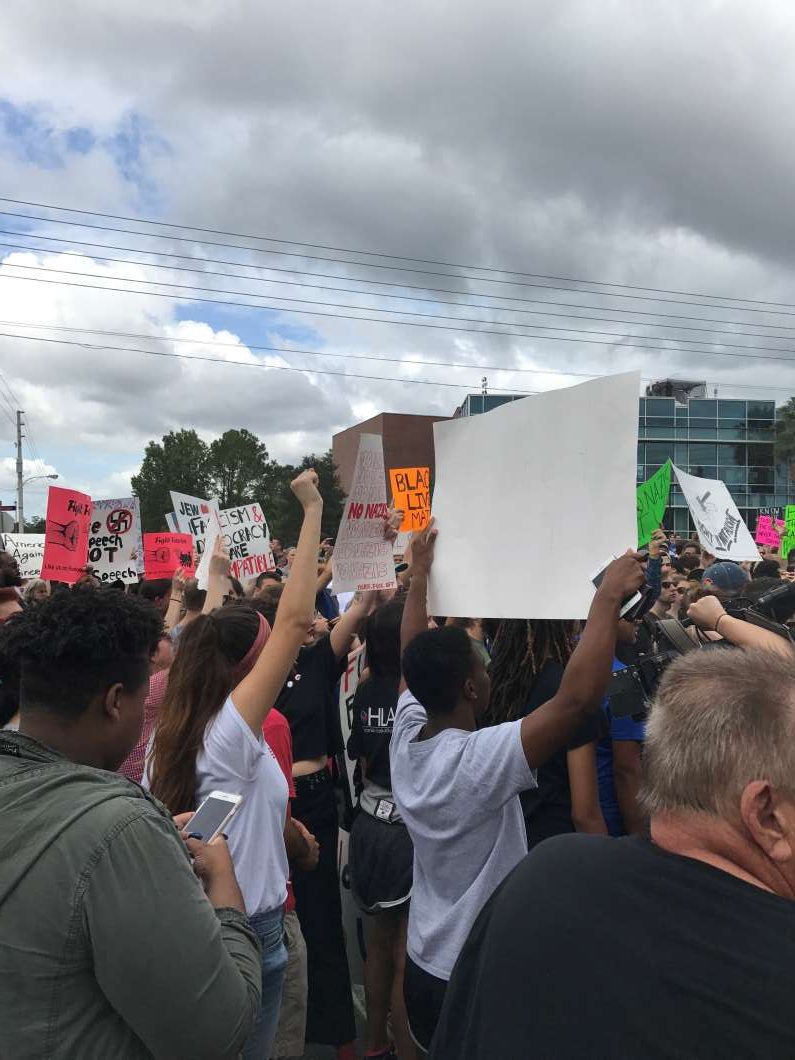 Among the crowd of protesters stood a muscular, clean-cut, white male, Eric Wreckerlee. “My grandfather went over to Europe to deal with Nazis, I figure a can make a two and a half hour drive,” states Wreckerlee.

The protesters were in the majority, and represented a diverse group of individuals. From DACA students, members of the NAACP,  Jewish mothers, Latinos, veterans, and children as young as five years old, the crowd represented a solidified front against fascist rhetoric.