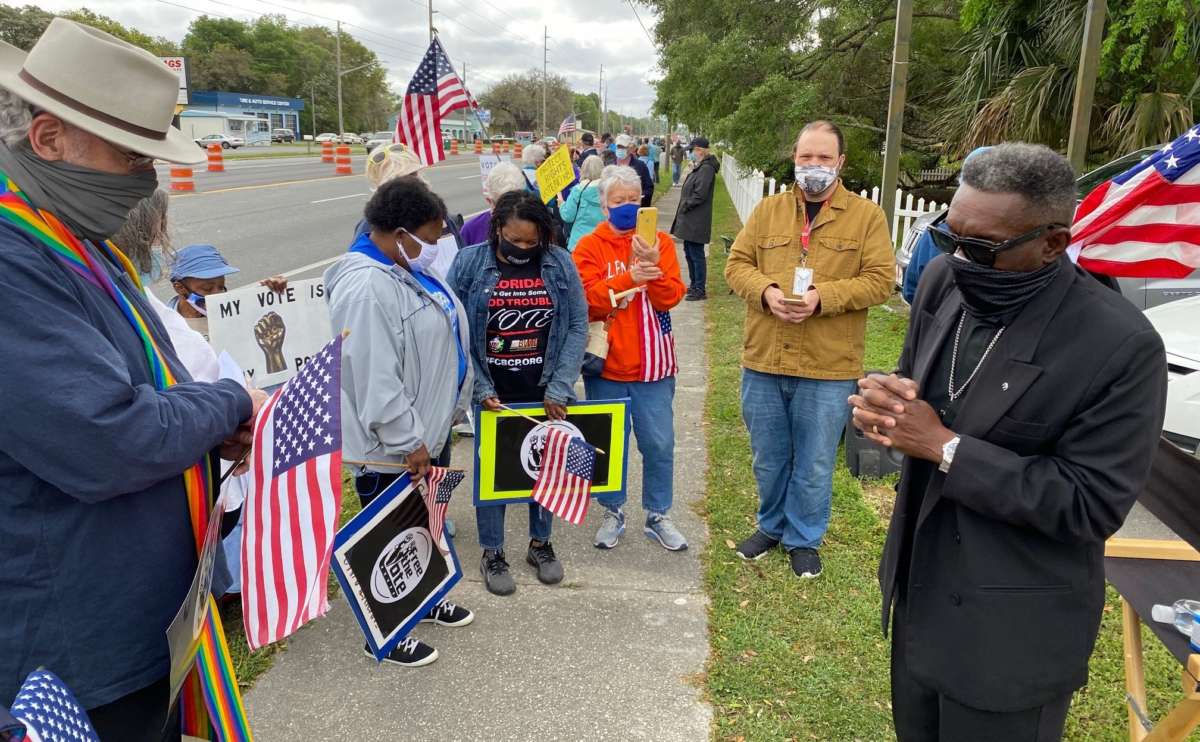 The Rev. John Brown leads a prayer during a protest outside Sen. Dennis Baxley's office in Lady Lake on Saturday. Photo: Joe Byrnes

The Democrats and religious leaders denounced a bill that would eliminate ballot drop boxes.

The Rev. John Brown looks on as the Rev. Sandy Haxton tapes a petition signed by ministers to the door of Sen. Dennis Baxley’s office in Lady Lake. They oppose SB 90 as “an attack on our democracy.” Photo: Joe Byrnes

Organizers say those changes, coming after a smooth election in Florida, are meant to suppress minority votes.

“All of these tactics,” she said, “we’re going back unfortunately to Jim Crow, and we hopefully don’t want to go back there.”

Villages Trump-supporter Debbie Odom was there to confront protesters.