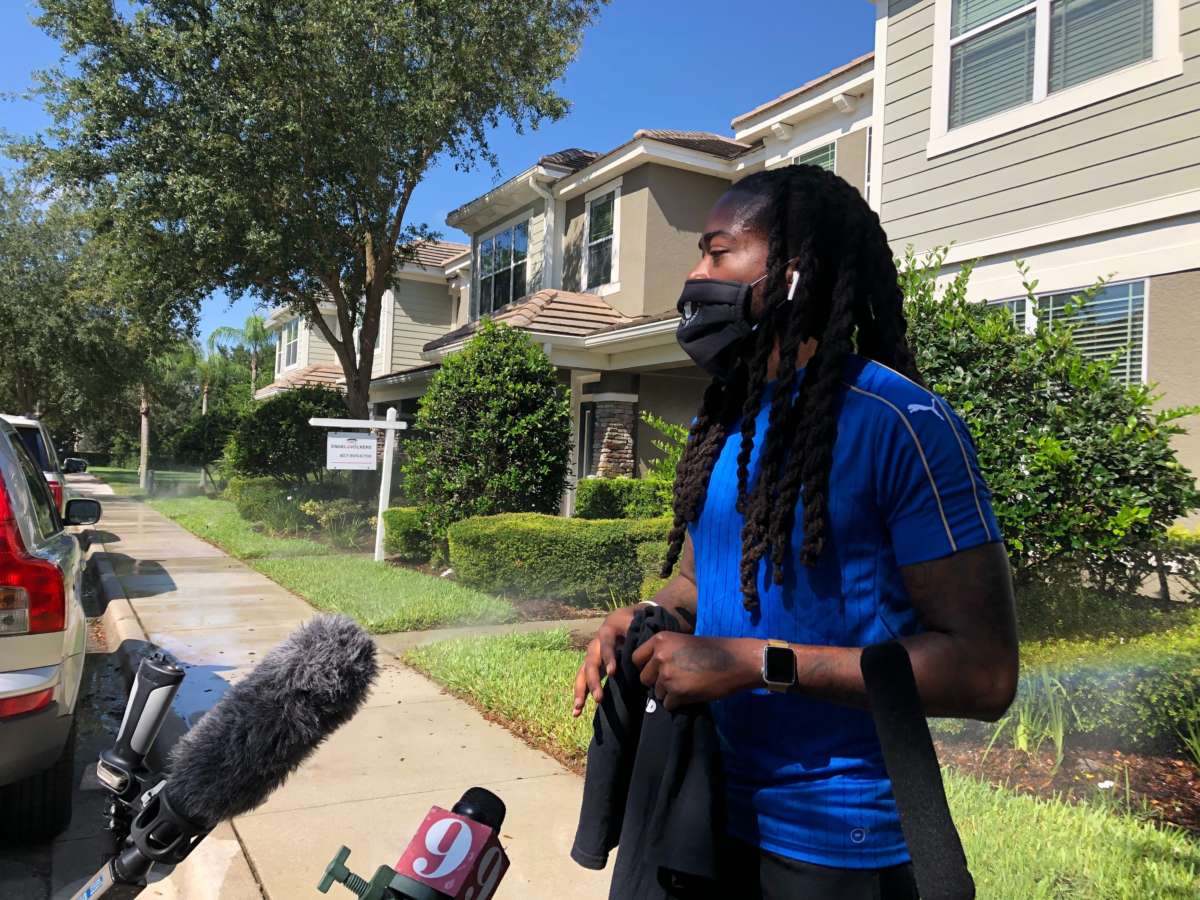 The 44-year-old Minneapolis police officer videotaped kneeling on George Floyd’s neck before his death owns a home in Central Florida – and it’s become a gathering place for protesters.

90.7’s Abe Aboraya was there this morning and spoke with All Things Considered Host Nicole Darden-Creston.

CRESTON: So Abe, property records show former Minneapolis police officer Derek Chauvin has a townhome in Windermere. Was anyone home?

ABE: That’s right, Chauvin and his wife own a townhome in Windermere. Nobody answered this morning when I knocked. Orange County Sheriff John Mina saidthat his understanding is that it’s a vacation home and that the family has no intentions of returning at this point.

ABE: I did talk to some protesters and neighbors. On a quiet, tree-lined street in Windermere, a small group of protesters is gathering in front of the townhome. Reporters with cameras are camping out as well. Curious neighbors are asking what’s going on. A man walked up to the door and started knocking for more than a minute. He didn’t want to speak with reporters. And eventually the next door neighbor came out to tell the protester no one was home. But overall, the protests at this point are peaceful and small, but growing.

NIKKI: Now, as everyone knows, Central Florida has a history with racially charged cases, most notably Trayvon Martin and basically the start of the Black Lives Matter movement. Was that history on the minds of protesters?

ABE: Absolutely. One protester I talked to was Miles Mulrain. He said he came out to show solidarity with people in Minneapolis. He pointed to Central Florida’s history with Trayvon Martin.

NIKKI: What did neighbors say?

ABE: Many seemed surprised that this was Chauvin’s home. I didn’t meet anyone who said they knew the couple. Across the street, I met Tameka Hopper, a nurse who was getting off shift this morning. She said she never met Chauvin.

But Hopper said the Floyd case is raising racial tensions – and it’s making her want to move back to a predominantly African American city.

“I believe that the families of minorities need to know that they need to take charge of the education of their children, of the safety of their children,” Hopper said.  “They cannot put their children in the hands of society anymore until America decides to protect them as well.

NIKKI: We know that more gatherings, more protests, are planned in the coming days. In other cities, protests have turned violent. Is there any indication that could happen here?

ABE: The sheriff said he has no worries that the protests could turn violent. Most people I spoke with today did not condone the violence in Minneapolis, but said they can understand why people are angry. Let’s hear from Miles Mulrain again.

“People have erupted,” Mulrain said. “I don’t want to see people going out and looting, but I understand where that pain comes from.”

NIKKI: That’s 90.7’s Abe Aboraya reporting on the Orlando vacation hom e of the former Minneapolis police officer who was been charged with George Floyd’s murder.