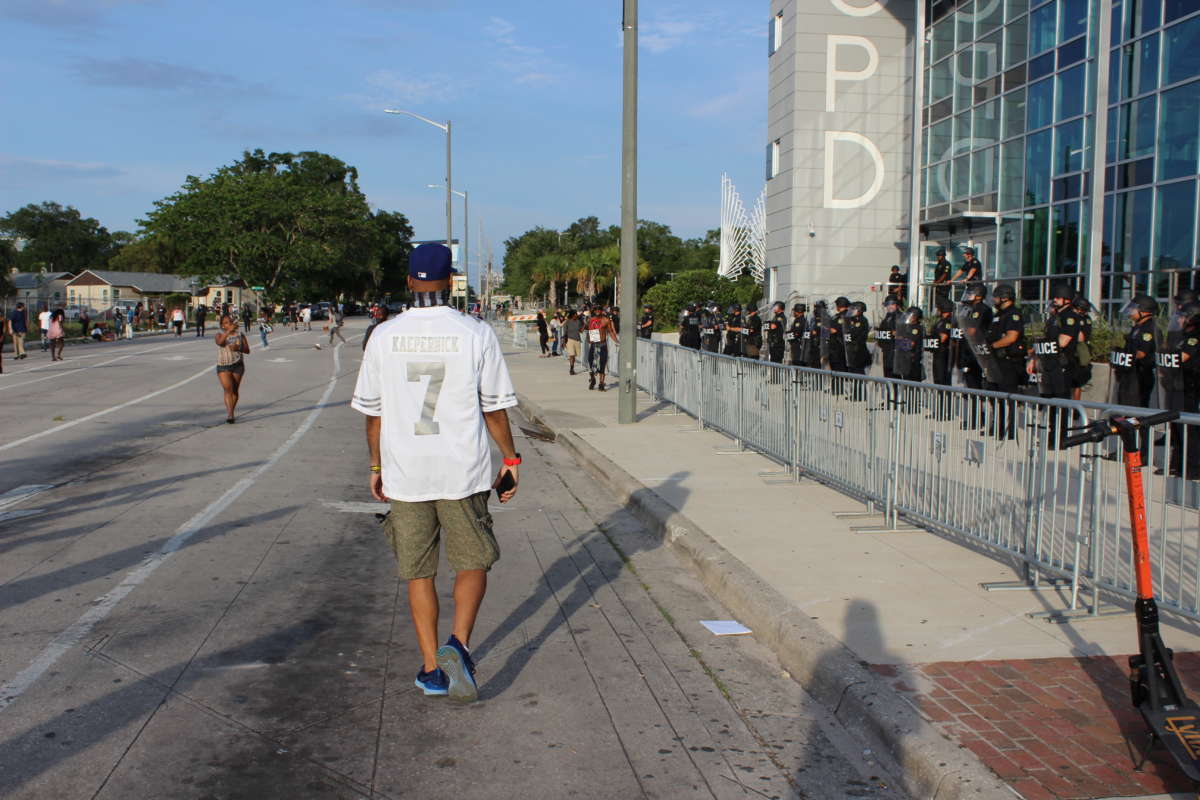 In the weeks of protest across the country after the death of George Floyd, there have been calls to change police use of force policies- and calls to defund the police.

And law enforcement agencies are making changes to their use of force policies– in some cases requiring officers to step in if they see inappropriate use of force.

But what does ‘defund the police’ actually mean?

On this episode of Intersection, Volusia County Sheriff Mike Chitwood and Rell Black (Dyrell Johnson), activist and founder of the Community Healing project in Daytona Beach, join host Matthew Peddie for a conversation about protest and police reform.

Black is recovering after a driver ran over his foot during a recent protest in Daytona Beach.

“Luckily, I had no broken bones, but there seems to be a bit of nerve damage, and it’s a painful process,” said Black.

“But I think in the spirit of activism that comes with it, you know, I’m okay with this because I know, in my heart of hearts, we were doing the right thing. We were spreading a positive, peaceful message. And no matter how anyone feels, you know, they didn’t ruin our mission and they didn’t ruin our goal. So I’m satisfied with that. We’re definitely satisfied.”

Sheriff Chitwood said protests in Volusia County have been peaceful and attended by  a cross section of society.

He said what happened to George Floyd in Minneapolis was “an atrocity and an affront to everything that a person pins a badge on their chest for-  me having done this 33 years. While there are police issues… this is more of a humanity issue. What human being that has empathy in their heart and their soul, would kneel there and continue to apply pressure on another human being who was begging, they can’t breathe and then is calling out for their mother?”

Still, Chitwood doesn’t agree with calls to defund the police.

“I think it’s ludicrous. I think that the people that are screaming to defund the police are playing to a political ideology and throwing out red meat to them,” he said.

Chitwood said the first things to get cut if there are cuts to funding would be training and technology.

Black said the defunding message is being misinterpreted.

“I know that my neighborhood needs help. We need better social services for mental health. We need, you know, food and grocery options,” he said.

“I definitely would love if some of those funds got reallocated.”