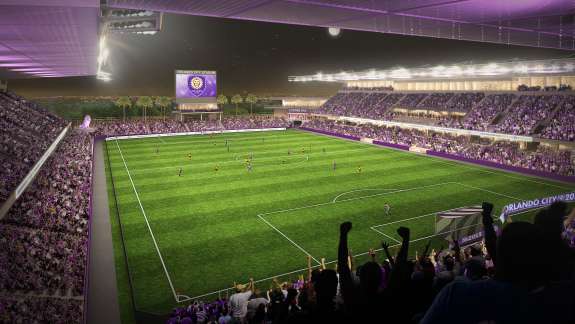 Construction workers broke ground on the new stadium in 2014 and expect to complete by early next soccer season. Photo: Orlando City Soccer.

Plans for Orlando’s new Major League Soccer stadium are in limbo as the gridlocked legislature focuses on expanding Medicaid.

State lawmakers have yet to vote on a $30 million request for the stadium before the session ends next Friday.

Mayor Buddy Dyer has been hopeful, but concerned.

“The state funding should have been just a slam dunk,” he said. “Certainly we could probably build a stadium without that funding, but it would not be a stadium of the quality we had anticipated.”

Lawmakers are to decide whether the money will go to Orlando City, the Daytona International Speedway, or two other teams.

If approved, the stadium would cost $115 million.