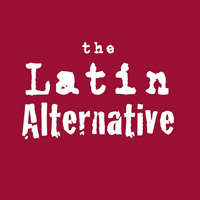 The Latin Alternative is a one hour weekly exploration into the world of Latin rock, funk, hip-hop and electronic music.