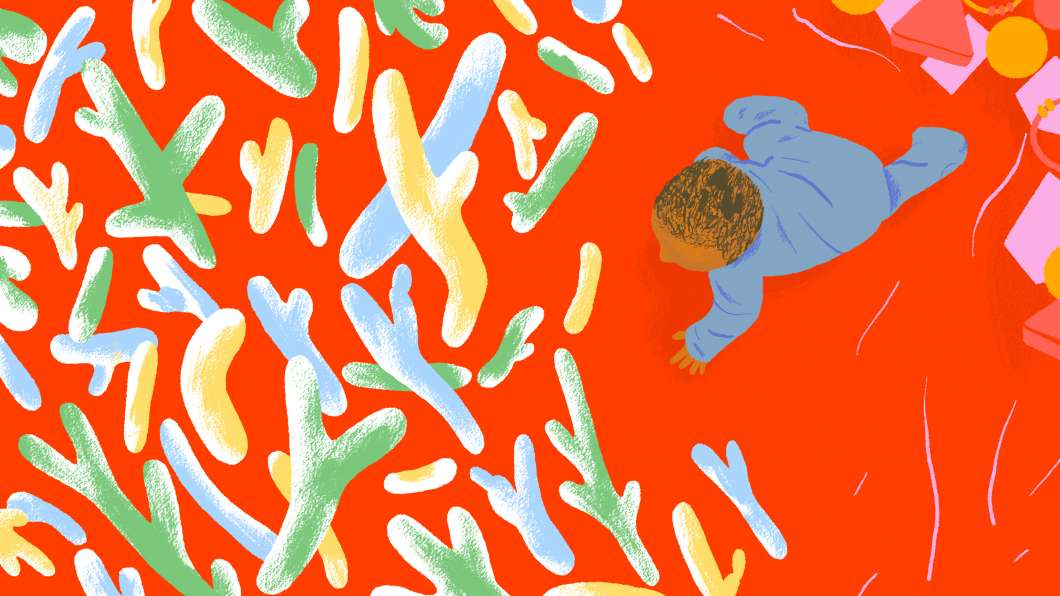 When Melisa Martinez’s son, Juelz, was born very prematurely at 25 weeks back in January, doctors at University of California, Davis Children’s Hospital gave him probiotics. “They told me the probiotics may help reduce the risk of infection,” Martinez says. Now, Juelz is home and doing well.

Probiotics are just one element of the care Juelz received during the weeks he spent in the NICU, but research shows that probiotics — which contain a mix of live, beneficial bacteria — can help prevent a very serious intestinal inflammation called Necrotizing enterocolitis in preemies.

“If we give a probiotic, their [a premature baby’s] chance of getting Necrotizing enterocolitis goes down,” says Mark Underwood, who is chief of Pediatric Neonatology at UC Davis and a professor of pediatrics.

At UC Davis Children’s Hospital, all preemies born under a certain birth weight are now given probiotics. It’s become a common practice in other countries including Australia, Japan, Sweden and Finland, Underwood says, but in the U.S., giving probiotics to preemies is controversial, with some doctors calling for more research.

Given what Underwood has seen in preemies, he was curious if probiotics might be beneficial in healthy, normal-weight babies. So he decided to test this idea.

With funding from the makers of Evivo, a probioitic for babies, he and his colleagues recruited 68 moms and healthy babies for a study. All of the babies were breastfed. Half of the babies were given the probiotic during the first month of life. The other half — the control group — did not receive a probiotic.

“We found an increase in the number of good bacteria” among the babies given the probiotic says Underwood. By measuring samples of the babies’ poop, they documented a 79 percent increase in levels of bifidobacteria, a type of bacteria that is thought to be protective. At the same time, Underwood and his team also measured a decrease in potentially harmful bacteria such as clostridium in the babies’ guts.

One potential advantage of the bifidobacteria is that these bacteria can help lower the pH inside the intestines, says Underwood. “And a lower pH allows more healthy bacteria to thrive,” he says.

So, could giving probiotics to healthy babies lead to any measurable health benefits later in life? The answer is: For now, no one knows.

Modern medical practices such as antibiotic use and c-section deliveries are thought to play a role in altering our microbiomes. While antibiotics are effective at wiping out bad bacteria, they may also alter the mix of beneficial bacteria. Additionally, changes in our diets can shift the mix of bacteria in our guts.

The hope is that restoring the diversity of bacteria in our guts may help fend off conditions such as allergies and autoimmune diseases.

But researchers are years away from being able to pin down whether altering a healthy baby’s gut with probiotics could lead to any measurable reduction in disease, which Underwood acknowledges. “What these [study findings] mean for health down the road, we don’t really know yet,” he says.

For now, Merenstein says probiotics have been shown to be effective for certain conditions in babies and kids. “We know they work for some things,” Merenstein says. For instance, probiotics can help prevent diarrhea in children taking antibiotics.

Some pediatric gastroenterologists recommend probiotics for irritable bowel symptoms and digestive issues, though the evidence comes from studies on adults.

In addition, research going back to 2009, has shown that a mix of three strains of bacteria (Bifidobacterium bifidum, Bifidobacterium lactis, and Lactococcus lactis) given to babies who have a family history of allergic disease, can help prevent the likelihood of eczema. In this study, the probiotic was given to mothers during their pregnancy and to their babies during the first 12 months of life.

Courtney Becerra, 30, a first-time mom who lives in Morgan Hill, California, was skeptical of the idea of giving probiotics to babies. But then her son, Wyatt- now 7 months old, broke out in bad rashes and developed eczema. “He would scratch his stomach, and he’d be fussy,” Becerra says. He also had an overactive GI system.

After consulting with her pediatrician, she began giving Wyatt a probiotic, Evivo, several months ago. Now, she says his skin has cleared up and his digestive system seems healthier, too. “To see these problems go away is reassuring,” Becerra says.

These improvements in Wyatt’s health may be the result of a combination of things Becerra tried. For instance, she experimented with diet changes that could have altered her breast-milk. She also used ointments to help Wyatt’s skin. But her hunch is that the probiotic has really helped.

There are lots people like Courtney Becerra who are now believers in probiotics, and the industry is growing quickly. “Sales of probiotic supplements are growing like the contents of a petri dish someone forgot to refrigerate overnight,” concludes one industry analysis.

“I’d say a high percentage of patients I see are already taking a probiotic or giving one to their kids,” says Georgetown’s Daniel Merenstein. He tries to steer them towards products that have evidence behind them. But he also points out that many of the studies on probiotics are small and funded by industry.

Probiotics are generally regarded as safe for most people, but they’re not regulated the way pharmaceutical drugs are regulated, so the quality and dosing can vary, from product to product – or even batch to batch.

And Merenstein says researchers still have a long way to go to figure out which strains and combinations of “beneficial bacteria” may be effective in treating or preventing which conditions.

“There’s no question, just like antibiotics, different ones need to be used at different dosages and different lengths for different diseases or conditions,” Merenstein says.

As for parents who want to give probiotics to their healthy kids as part of a “prevention strategy” — the same way you’d give a multivitamin — Merenstein is skeptical. “I don’t think there’s any evidence to give a probiotic as a prevention [strategy],” he says.

But as the research continues to evolve, there will be more evidence to show how and when probiotics can help.