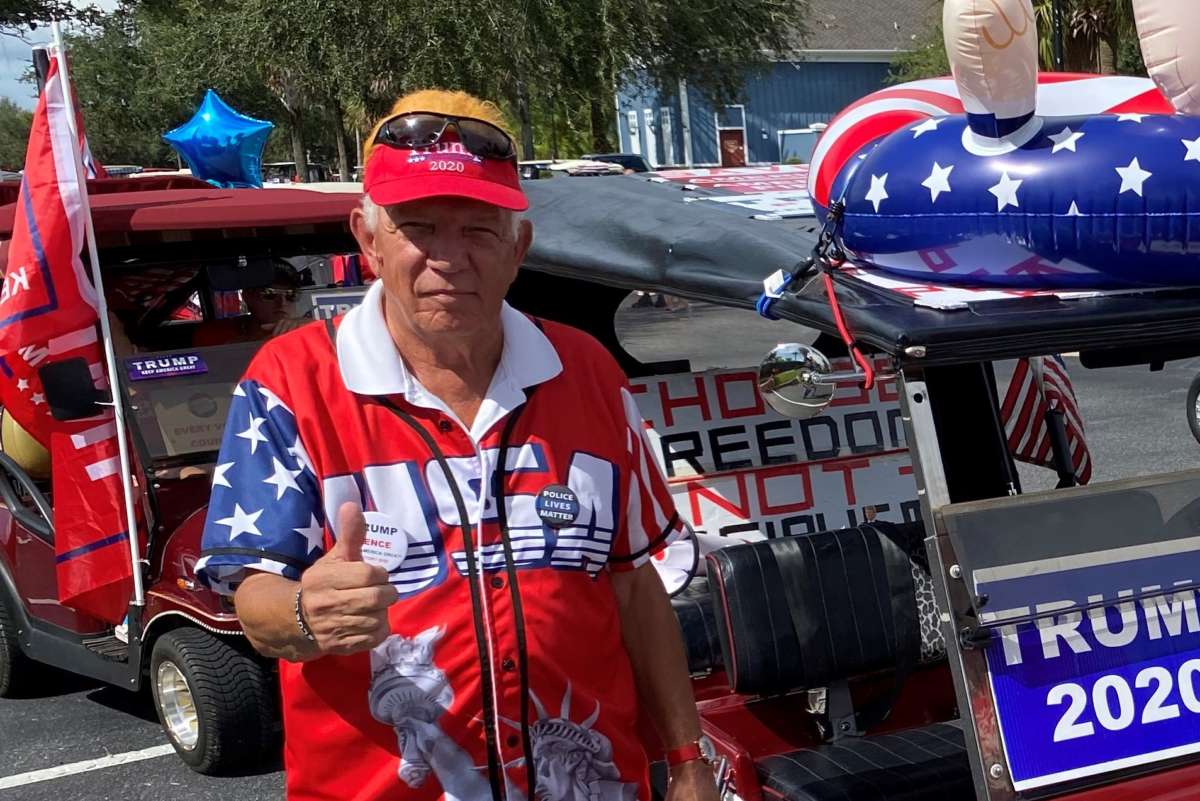 The Villages Democratic Club president told The Villages-News website that residents of the massive retirement community should take down their Trump flags after the attack on Congress.

But one Trump fan says that’s not going to happen.

Villagers for Trump election director Stan Sweis was in charge of the Rolling Rally for America — cruising through The Villages and Leesburg — when pro-Trump extremists were storming the Capitol.

He says scores of Villagers were at Trump’s rally in D.C.

But he is sure — despite overwhelming evidence — that the rioters were not really Trump supporters but anti-Trump activists undermining the president’s chance to overturn the election.

“I just don’t believe any of our people were involved in that, and that’s what I’m going to believe, because I talked to a bunch of people that were there,” Sweis said.

As for taking down their Trump flags …

His group is planning to rally again in The Villages on January 20th.