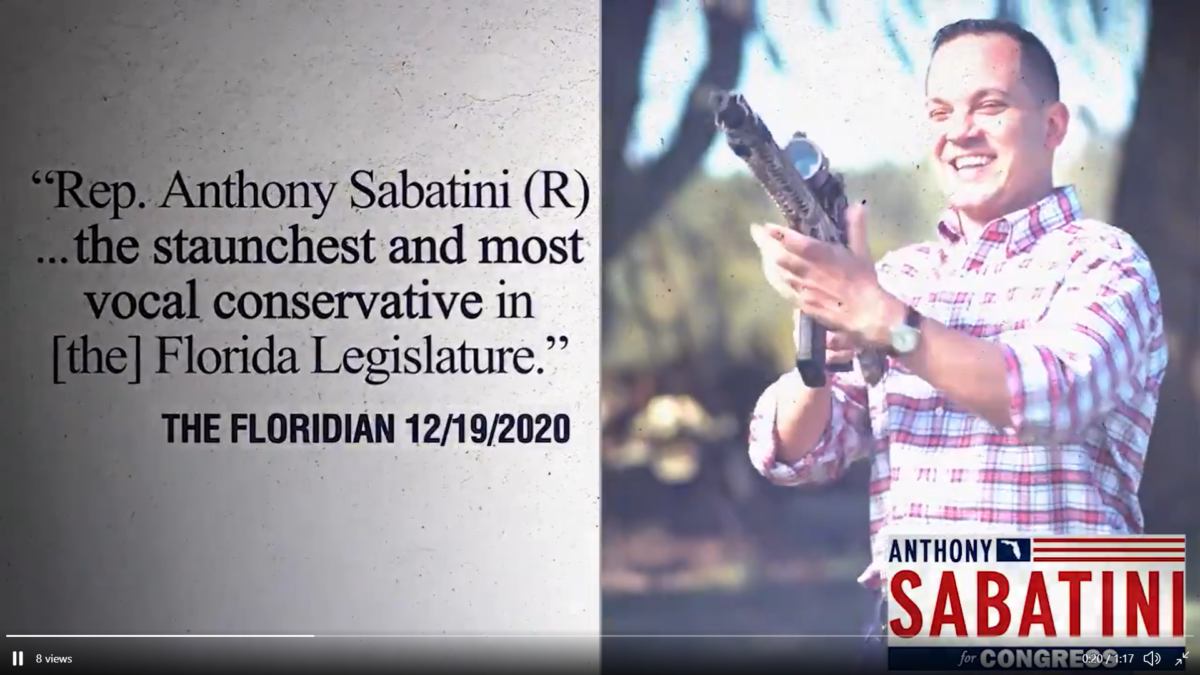 Sabatini announced his candidacy with a video on Twitter Monday.

U.S. Rep. Daniel Webster is an unlikely target for a pro-Trump primary challenger.

The Republican, who represents The Villages and surrounding areas, has been a staunch supporter of the former president. But that isn’t stopping Anthony Sabatini.

Sabatini is a GOP state representative from Lake County and a conservative firebrand on social media.

He announced on Twitter that he’s running for Congress to counter the “spineless and corrupt Republican establishment.”

They turned their backs on Trump, he says in the campaign video.

“As Florida’s most pro-Trump state legislator, no one has fought harder for the America First agenda,” he says. “And now it’s time to bring that fight to Congress.”

I’m asking all CONSERVATIVE FIGHTERS to join me and put America first! pic.twitter.com/fJZkQTCV5L

Sabatini says he is the most conservative member of the Florida Legislature and touts his bills to ban transgender kids in sports, bolster gun rights and counter social media companies.

For his part, Webster says he is not taking re-election for granted. He says Sabatini told him last week that he wouldn’t run against him but then filed in District 11 anyway.