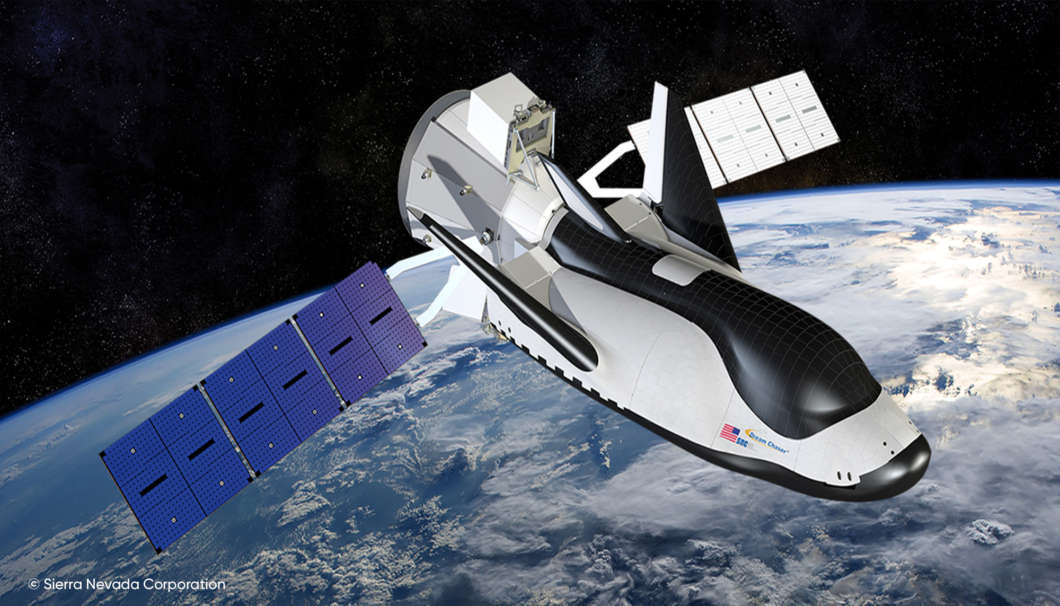 Rendering of Dream Chaser in flight. The spacecraft will ship supplies to the International Space Station for NASA. Photo: Sierra Nevada Corporation.

Sierra Nevada Corporation has picked a rocket provider to send its mini-space shuttle on supply runs to the International Space Station.

The spacecraft will launch from Cape Canaveral and berth with the station. Once it has completed its stay at the orbiting outpost, it will glide back to Earth like the Space Shuttle and land at Kennedy Space Center.

“We commit to you that we are going to bring all of our experience, all of our skill and disciple in launching this vehicle to space,” said ULA President Tory Bruno.  “We have flown 134 times, we have never failed to take our mission to space, and we will not fail you.”

It will be the first commercial launch of ULA’s Vulcan rocket — the private company’s next-generation launch vehicle. ULA is bending steel for the first rocket which is targeting a launch from Cape Canaveral in 2020.

NASA selected the Dream Chaser for its second round of the commercial cargo program. The agency currently pays private companies SpaceX and Northrop Grumman to transport supplies to the space station.

The Dream Chaser is scheduled to launch in 2021, the start of at least six resupply missions on the contract.